A Jape and Villagers Sandwich

Like your Villagers, Jape and/or Crayonsmith? Well, if a combo of all three might delight you, get your self over to the Seapoint Ballroom in Galway on December 14th for a show that handily features all three. Already live in Galway? Well, then Christmas really has come early and you’ve no excuse not to attend.

To whet your appetites, have a go of a track just posted by Jape, a collaboration between himself and himself out of Villagers.

I thought it would be nice to let you hear a track that Conor O Brien and I made together a while ago, with Glenn Keating providing drums and advice afterwards. The original plan was for me and Conor to take a song of each of ours and let the other one embellish it. This was a track I had written a while back on acoustic guitar, one night Conor came to my house, bringing his 808 and we stayed up all night recording, turning it into a different beast. It was a really magical night, constantly working until morning and then we had the basic bones of the track, I kind of let it sit on my hard drive for a good long time but then when these gigs came along Glenn and me took the track into his studio and recorded some extra drums and synths. Then I took it home to Malmo and mixed it myself in my little studio there. I’m classing this as a home mix. I’m not sure if it will end up any place else or even it might get remixed some place else, but either way I hope you enjoy it, and thanks a lot to Conor and Glenn for being such musical inspirations to me.

Crayonsmith aren’t involved sadly, but close your eyes and you can pretend to hear him on castanets.

Other Villagers (and Jape) dates: 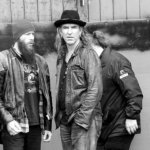 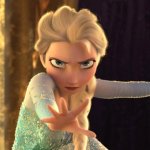