Underwater adventure Subnautica might look stunning, but it doesn’t quite have its sea legs, says Bee Bonthuys

For the launch of its new nautical adventure, developer Unknown Worlds Entertainment went all out with a live broadcast from the thematically apt Monterey Bay Aquarium in California. As impressive as backdrop of the aquarium’s renowned kelp forest looked on air, however, it was soon clear the devs were out of their depth, the stream plagued with technical glitches dampening the triumphant mood. It was a fitting metaphorical launch for Subnautica.

Playing Subnautica promises an experience like diving into an aquarium teeming with life; coral litters the seabed, various oddities dart around in small schools and bioluminescent jellyfish glow eerily in the dark. The game environment itself is a blend of sci-fi and reality that perfectly embodies the adage that sometimes truth is stranger than fiction. Like HInterland’s The Long Dark, it’s a beautiful example of the artistic strengths of the Unity engine.

It’s a breath of fresh air not to be stranded on a tropical beach, or hunkering down in an abandoned farmhouse. What’s more, the scarcity of land means having to chase after speedy critters for your daily bread. Without a convenient supply of stone or wood nearby, the player must resort to more ingenious methods to survive.

So forced from the comfort of my space raft, I kept a nervous eye on my oxygen and depth metres while scavenging rubber for my first pair of flippers. I was lost in an alien environment; it was all fresh and exciting, like a new romance.

But like any love story that works, it soon needs spicing up, and in this respect Subnautica has a decent plot to get the player over that initial hump. The unfolding drama is all very Lord of the Rings: someone or something “delved too greedily and deep” beneath the waves. It gives the overall experience an air of urgency, creating a distinct feeling that you’re on the clock and time’s running out. You’ll rush to unravel the origins of a mysterious alien infection, explore luminous green ruins which might hold some answers, and be haunted by ghostly calls from your missing crewmates.

But as the initial rush of adrenaline waned and I got my sea legs, the realisation dawned that this was all too familiar, only a slight twist on the sole survivor trope; after a few hours I was yearning for a bottle of sea urchin moonshine too liven things up.

Or you could go for a refreshing swim instead. The ease at which your character glides through the water is beautiful to behold; the controls are butter smooth, and whether you’re just paddling along the shallow starter area or plundering sprawling dark caves for materials, it’s never too ungainly. It just feels right, and not like you’re trying to walk horizontally in set custard – I’m looking at you, 90’s Lara Croft.

The same cannot be said for two of the vehicles you’ll need to pilot. While it’s understandable that both the Prawn Suit (a mechanised suit that ambles along the seabed), and the Cyclops (a sub and moveable base combo) should be lumbering and slow, their awkward manoeuvring and unpredictable tendencies scupper that early feeling of freedom. The smaller and more manoeuvrable Seamoth is a saving grace, but its long-term practicality is limited by a short dive range. Also, my first Seamoth ended up in a watery grave after it sunk beneath the world.

That wasn’t my only vehicle-related hiccup, as the Cyclops is also prone to getting stuck. You’ll be forced to navigate using the onboard cameras and a power-gorging sonar; seeing out the front window is a pain with its large and inefficient user interface. Rather than adapting the swimming controls to the vehicles, the devs would have been better served by taking inspiration from Elite: Dangerous’ roll-focused flight controls and smaller UI elements, both which would have worked well in the watery environment and with the natively supported VR headsets.

Elite and Subnautica do have one thing in common – both have crafting trees which are far too linear and short. After years of games including crafting as a main mechanic, I want a tad bit more creativity than simply remodeling a crafting bench into a spacy fabricator. I expected more from Subnautica, which innovates in so many other areas. Devs need to stop forcing players down the same old corridor of having to collect X amount of nicknacks and metals to craft a tool where its main purpose is just to make gathering X amount of the same resources slightly faster. It turns into a tedious cycle of grinding.

As an aside, I’m also quite done with scanning objects in games, be they blueprints, planets or the emotional state of some random thug. It boils down to a time sink that just pads gameplay hours. And saying it encourages exploration is not a good excuse if your world is finite. I can only be awestruck by the same patch of pretty coral so many times.

Players dreaming of constructing their very own Atlantis could also feel deflated at the meagre selection of construction parts on offer. Admittedly, much like Lego, it’s not the number of blocks that count but how you smack them together, and knowing the ingenuity of the community, someone will manage to create a lavish undersea penthouse.

One contentious – yet inspired – missing element from the crafting tree is offensive weaponry. If you were expecting to torpedo your way through throngs of dolphins, you need to throttle back. The devs would prefer players meaningfully interact with the environment, rather than seeing how fast they can bring about mass extinction. It’s fitting since Subnautica places so much emphasis on ecology and realism, so all those minerals you’ve been happily swiping won’t respawn anytime soon.

That’s, of course, only if you’re able to spot those minerals in the first place. Resource gathering is hampered by an infuriatingly short draw distance, and no amount of strategic setting tweaks could solve that annoying pop-in for me. Was this a method to aid performance? Or rather, as I suspect, an ingenious scare mechanic that made me jump whenever an urchin-riddled boulder suddenly materialised mere inches from my squishy sub? But don’t worry – if you’re lucky, that boulder might clip right through you, as objects and fish tend to ignore little details like walls. I don’t even want to imagine what it’s like for players who decide to use a VR headset.

It’s not a stretch to imagine that No Man’s Sky, with its squat round buildings and pipe connectors, and the generically named Stranded Deep helped themselves to a scoop of Subnautica-style inspiration. It’s the ultimate risk of Steam Early Access, that everyone else gets an opportunity to crib off your notes. Oxymoronically, you can be both first and last to the party.

The past few months alone have seen numerous survival titles flooding Steam, most which started their lives in Early Access. Some, like Ark: Survival Evolved, rose above their humble beginnings to offer something new, while others like Salt were rather under-seasoned. As a solely single player experience, Subnautica falls somewhere in between those extremes: a good indie offering that sports breathtaking vistas, supported by a decent story, but let down by a reliance on overused tropes, and design decisions which feel rushed to meet a deadline. It might not be a sinker, but it’s also not a swimmer. 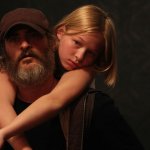 Previous
You Were Never Really Here 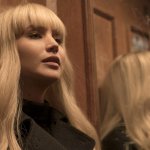