FIFA 18 is the 25th installment in a series EA’s been churning out since 1993. They’ve had literally decades to hammer out a formula to appease even the most ardent of football fans. So veterans will not be surprised to hear that 18 is another sexy little number; it’s a sleek, glitzy affair which is not ashamed to flaunt what its programmer mama gave it. However, its deluge of name-dropping and product placement has an air of tackiness about it, and some players may lament the lack of any true innovation.

I approached FIFA 18 differently as a relatively newcomer to the series, a bit apprehensive at first. The control scheme looked like it required an octopus’s amount of limber appendages and the sheer quantity of modes, information and promotions you’re assaulted with on startup nearly made me turn tail and run. But I was on a mission to see if FIFA could or would appeal to a wider audience.

My fears about FIFA’s approachability were laid to rest a relatively quickly.In a year where I’ve found myself grumbling about the inadequacies of modern tutorials, I was pleased to find that the FIFA 18 system wasn’t just a mindless slog of button prompts, but a myriad of (and mostly fun) mini games which, while difficult at times, actually provide a good base to grow from. The ability to concentrate on just the skills you have trouble with is invaluable.

Out on the pitch, the Trainer is back in all its informative glory, offering real-time feedback and advice, but I fear those not blessed with Spock-ish concentration might find it a wee bit distracting during a tense match. No, I can’t focus on the inadequacy of my passing angle right now: Drogheda is about to score and my keeper’s godlike ability to stop anything lopped at him seems to fail just when it actually counts! 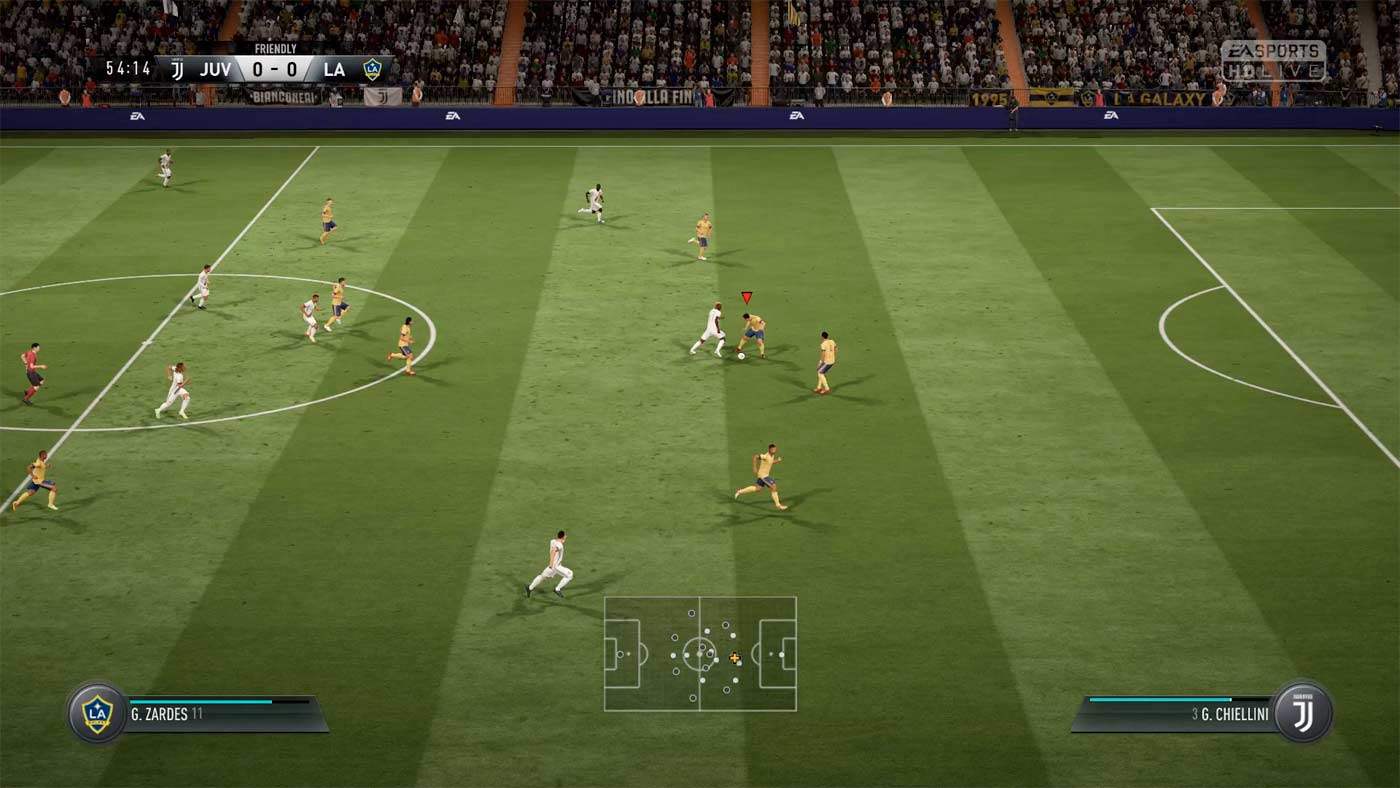 So, while you’re mulling over whether transferring your keeper to the seventh level of hell is possible, you might want to cool down by spending some time experiencing FIFA’s soap-opera-esque story mode. Aptly called The Journey, it continues the harrowing saga from last year’s Fifa instalment of young superstar Alex Hunter, an impossibly charming and handsome jetsetter who’s overpaid yet underappreciated. The struggle is real for Alex, oh yes.

Let’s not beat around the goal post here: this is basically a barebones football RPG, complete with Mass Effect Andromeda’s creepy automaton-like facial expressions and conversation wheel. In all honestly, I would’ve given up halfway in if it wasn’t for the presence of Tomiwa Edun, whose sheer enthusiasm as Hunter eclipses even the clinical, uncanny-valley near-realism that’s such a trademark of the Frostbite engine.

Hunter’s journey through the… uhm… Journey takes him from the Premier League to a stint in America’s Major League Soccer through a series of highly improbable managerial balls-ups. EA’s obviously trying to fire up the US market, but many Fifa aficionados might have prefered if they stuck with the more prestigious pitches of Europe. Personally, if I had to sit through one more pointless Hollywood party cutscene I might’ve hurled. My lunch that is, not a football.

EA’s dedication to player realism is to be commended, but it’s cringeworthy when a star is clearly not comfortable in his role. Spare a moment of silence for Thierry Henry, who’s kind of a mentor figure to Alex while the young footballer is slumming it, LA style. Irish fans might consider Henry’s infamous handball his most dastardly act, but it’s nothing compared to the crimes Henry commits against acting in this game.

That less-than-stellar LA Galaxy portion of The Journey aside, the story mode has its highlights. The women’s match detour is a welcome change, and real care has been taken to approximate the uncertain flux that marks a footballer’s career. Overall, though, it’s just underwhelming. The challenges you’re asked to complete per chapter, like play a match with a new hairstyle, aren’t all that interesting, and almost every match feels like the one before. It’s just good football with an OK story, held together by ad-laden character customisation. I much prefer just picking a team, like the Kaiser Chiefs or the Orlando Pirates setting up a tournament and playing a match, and maybe even winning some silverware along the way.

Where The Journey’s hook is its approachability, Career mode is too overly involved for a new player. It’s packed with squad customisation options, emails from scouts, training, and an even more involved transfer system this time around. If you’ve ever wanted to get your hands dirty managing your own football club, you’ve found your Valhalla, but fans looking for a more strategic approach are far better served by Sports Interactive’s’ Football Manager series.

When you’re not reading e-mails, playing as your favorite team is smooth and pacy, the ball moving fluidly between teammates. A player of any skill level should be be able to enjoy the arcade-like nature of playing a match. The sticking point will probably be defense; attacking play is pretty easy except for an overly sensitive kick button, but timing tackles is often fiddly. This can all be remedied with practice, however.

Helping you along is the mostly supportive AI which does have some quirks. There’s nothing quite as frustrating as looking for someone to pass to, only to find your teammates are lagging behind for no good reason. The easiest way to rectify this might be by picking a different formation that complements your play style better, but this can’t be done on the fly.

At least in single player and lower difficulty settings, formations aren’t that much of a bother as the AI is unbelievable passive. Even newbies should crank up the stakes for a less snore-worthy experience, otherwise your computer opponents just stand around staring at loose balls, rarely tackle and are easily baffled by some clever passing in front of the goal. I also felt little effect on the ball from the new dynamic weather system; it adds a lot of needed visual variation from only playing on sun-drenched fields, but inclement conditions weren’t a major impediment on my way to victory.

Taking corners, though: that’s meddlesome, even for the AI. There must be some magical formula to make this work, because there’s a level of skill involved here that I could never master with all the bunching around the net. The whole corner business is too unpredictable for my liking.

Equally unpredictable is which players you’ll be lucky enough to acquire in Ultimate Game, a trading card game that’s basically Magic The Gathering for jocks. Packs are purchased with FIFA Points you can earn by playing The Journey and completing various weekly challenges in single player, winning Squad Battles with style, knowing when to buy and trade footballers or taking your team online. Or there’s a much less intensive way to earn points: you can simply buy them with cold, hard cash. In the light of the recent Battlefront controversy, it will be fascinating to see whether EA tweaks the way this works in FIFA 19.

All things considered, the best way I found to enjoy FIFA 18 is to simply plug in a second controller and play it with a friend. Once you find the actual option to do this within the busy menu, one-on-one match setup is easy. With so many games today without a local multiplayer, this tickles that happy retro part of my brain that remembers crushing my older sibling in Ian Botham’s Cricket back in 1992.

The highest praise I can give FIFA 18 is that, as I was trying to get the Honey Badgers up the league table, I never wished I was playing something else. And after sinking many hours into it, I understood why so many worship ‘the beautiful game’ with a reverence second only to, I don’t know, the Holy Communion? This giant of the sports game genre can totally capture the attention of even the greenest of players – though it’s a bit concerning that I’ve developed an irrational dislike for Liverpool. 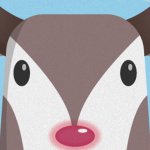 Next
The Disaster Artist