Shonen Knife – A Good Chance to Kick Out

“For me, the words “punk” and “rock” are similar. It’s creative and fun.” – Siobhán Kane talks with Naoko Yamano of Shonen Knife.

Last year Shonen Knife recorded Osaka Ramones, a tribute to one of their greatest influences, but the Japanese band, who have (in one incarnation or another) been performing and recording for over 30 years, are a great influence themselves; and praised by musicians from Thurston Moore to Kurt Cobain, they have gained a following that has continued to surprise as well as delight the original trio of sisters Naoko and Atsuko Yamano and schoolfriend Michie Nakatini.

At various points in the last 15 years, both Atsuko and Michie retired from the band, but by then Shonen Knife had become almost more than a band, it had evolved into an idea – a dream revisited, many times, feeding back into a purer interpretation of a musical ideal they had always so revered.

Naoko has latterly brought in Ritsuko Taneda and Emi Morimoto, themselves previously devoted fans, to continue in that dream, and perhaps help renew an idea that has become a radiant link in the continuum of punk and pop, and a conflating of both sounds and vision. There is a disarming simplicity to a lot of Shonen Knife’s work, take something like 1986’s album Pretty Little Baka Guy and the lovely, surreal song “Ice Cream City”, or “I Wanna Eat Cookies” from 2007’s Fun!fun!fun! – or the fact that they wear their influences lightly, excitedly, forever teenage fans – “Ramones Forever” they cry on Fun!fun!fun!, “Mango Juice” becomes a sweet elegy for George Harrison on 2002’s Heavy Songs, and Dali is namechecked on 1984’s Yama-no Attchan, as are The Beatles on 1991’s 712, and The Beach Boys on The Birds & The B-Sides (1996). There is talk of insects and “Broccoli Men”, “Fruit Loop Dreams” and giant cats, a telling insight into the charming, off-kilter world Shonen Knife inhabits (Naoko mentions she is reading “Japanese novels now in the van…the story is at the Edo period”), perhaps a legacy of the mingling of American, British and Japanese cultures Naoko was exposed to early on.

“Well, I played with Barbie dolls and watched American cartoons. I really liked to listen to American and British rock when I was a high school student. Then our friends who were in a band in junior high school student supported us to record and release a cassette album. It became a good chance to kick-out! Also our live performances were more good opportunities to get to know us by people.”

At the time Shonen Knife emerged, all-female bands were not so visible, particularly in Osaka.

“I’ve never felt uneasy being in an all female band. The number of all female bands are not so many! So it’s a good opportunity to be prominent. There is not a firm music scene in Osaka. Every band plays as they want. I suppose people in Osaka are very cheerful and friendly and like our music!”

I mention the tension present within The Ramones, a band Shonen Knife have always really loved, and the similarities between both their sounds – restless, fuzzy guitars, amid an almost childlike vision – simple phrasing on something like The Ramones “Blitzkrieg Bop”, with “Hey Ho, Let’s Go!” placed alongside a lyric like “shoot ‘em in the back now” creates a militant kind of punk rock nursery rhyme – partly an illustration of the differences between Johnny and Joey Ramone – the conservative and liberal, the constraining and the poetic – a tension Naoko appreciates.

“I like both, of course. I suppose it is needed, but I don’t feel that being in a band is hard. I am always having fun doing the band – playing in New York many times has always been fun, as are other cities. Maybe I don’t have a particular thought about it, because my main purpose to play music is to make people happy.”

As much as Shonen Knife have been keen to honour those that have gone before, they were also the subject of a tribute record in 1989 called Every Band Has a Shonen Knife, which is an interesting document – Sonic Youth covering “Burning Farm”, “Kappa Ex” covered by Redd Kross, and many other American bands, serving to remind just how much Shonen Knife were embraced by America at that point; but rather than be identified with certain musical or political movements there, Naoko is keen to point out that her band’s impulse is perhaps far more intuitive and simple, rather than deliberate.

“I suppose I’m not influenced by the movements so much…I like 1970’s British hard rock and American rock, that’s really it. For me, the words “punk” and “rock” are similar. It’s creative and fun. I don’t mind the words, though. Even the concept of the Pop Tune [their most recent record, released this year] album is “pop” but it is also punk. It was simple – I wrote lyrics and put a melody line on it and fixed it. It took two months to write lyrics, two weeks for recording, and one week for mix down, but then with the present members, the album became powerful.”

Perhaps this is what makes Shonen Knife great, their relationship and excitement towards nostalgia and the present and a certain kind of humility; they get as excited about new bands (Naoko mentions Japanese bands Convex Level, and Red Sneakers, and getting to “listen to other bands play at the tour every night”) as they do about The Beach Boys, so it was fitting that they had their music played many times by John Peel, (who shared a similar ethos) and that they recorded a number of Peel Sessions, and it seems particularly serendipitous that they are playing in Dublin on Peel Day.

“You know, we actually never saw him! We recorded at the BBC studio with an engineer, and I really wanted to meet him directly as I know he played our music at his programme from 1980’s onwards….”

Shonen Knife play the Roisin Dubh, Galway on Thursday, the Crane Lane Theatre in Cork on Friday, Whelan’s on Saturday and at the Black Box in Belfast on Sunday. 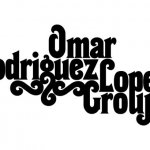