Nouveaunoise – Other Things In Life Take Over Sometimes

Nouveaunoise released their Sequence Consequence EP earlier this month. Now based in Berlin & Melbourne, Ian Maleney spoke with them about how geography impacts their music, their recording techniques, and their decision to (not) change their name.

Nouveaunoise arrived on the scene last year in a big way with their debut album Paraphrase Accolade. A colourful collection of layered, fun electronica, taking its cues from Four Tet and Bibio, Paraphrase Accolade was an undoubted highlight of a stellar year in Irish music. Originally from the west of Ireland, the duo of Niall and Conor now reside in very different climes, the former in Berlin with the latter even further afield in Melbourne.

Not ones to let this distance get in the way, they have just released an EP called Sequence Consequence [embedded below]. It represents a large shift in their sound, coming at the dance-floor in a whole new way. They announced they were changing their name to Nouveaun but the idea has since been scrapped. It seems as good a place as any to start our chat about where the duo are at now.

First of all, just to get it out of the way, the name change/no name change, what happened there?
Conor: Ha Ha! It was always going to come back to haunt us, we thought it might be a good idea but never fully thought it through, it was changed to compliment the change in our sound, it was only until we had actually done that we realized it wasn’t going to work.

There seems to have been quite a change in direction with the new songs, how do you feel your sound has developed and are there any particular reasons for it?
Conor: I suppose it was inevitable really, some of the tracks on Paraphrase Accolade are over 5 years old. We have been listening to a lot more UK electronic music the last year or so and that has had a direct influence on our sound, we just tend to make whatever excites us at that given time.

There certainly seems to have been a rise in the amount of attention given to UK electronic music over the past year or two, why do you think that is? There’s obvious crossovers like James Blake, Katy B, and SBTRKT maybe, but it’s still a pretty vast kind of musical area to try sum up.
Niall: I mean, you have the LA scene too which has had huge attention and influence everywhere. But there’s lots of reasons for it. You have producers that are fully embracing the ideas their more lucrative contemporaries from across the pond and working with more ‘commercial’ artists. You also have (in my opinion anyway) a decrease in indie/alternative bands whose audiences are now consuming electronic music. But also you have the inevitable variables of the music business, and what’s fashionable at a given time. I mean, there have always been crossovers, just from different eras.

You guys don’t live in the same place any more right? How has that impacted on your work? Is it still as collaborative as ever?
Conor: Yeah it works great for us, Niall lives in Berlin and I’m living in Melbourne at the moment. We’re used to working this way, even when we lived together. We start on tracks separately and once there is a solid groove going we then work on it together, we each have our strengths and weaknesses so this method of working is perfect for us.

Even if we were living together now we would still be Dropbox-ing the files over and back that way. There is only one part of the process that would actually benefit from being in the same room together and that is the final mix-down of a track.

Have the music scenes in Berlin or Melbourne had any impact on you guys? Berlin especially is an incredible city for music. How do those cities compare to Ireland, both for work and play? Why did you both leave?
Niall: Dublin’s a great city for music, although most places expect musicians to play for free. I guess the place you’re in does influence you if you’re submerged in it. Here (in Berlin) there’s a lot of stuff going on. It’s great. I’ve seen Teebs play to a crowd of 20 people and Mike Slott rock a shed. That can inspire you and teach you seeing how these guys do their thing. Musical opportunities are not really a reason we left Ireland. There’s a lot going on there and we were happy. Other things in life take over sometimes and you find yourself with itchy feet. The next Nouveaunoise record might have loads of didgeridoo on it.

The sounds on Paraphrase Accolade seemed to come primarily from hardware and hardware was an important part of the original live show. Is that still the case or have you moved more software driven?
Conor: Hardware will always be an important part of our live show , but when it comes to the production about 80% of it is software based, we are a big fan of samplers like the SP-404 and 555 as they really help with the creative side of things but we don’t have any expensive synths or out board gear, just a few cheap keyboards and a few bits and bobs.

There seems to be a generation of musicians who grew up on completely new techniques to people even five years older than them. Do you guys play traditional kinds of instruments too?
Niall: We use a few different softwares. We started with reason. I got my first copy at 16 but didn’t know how to use it. I used to make tunes by layering up a single track on an old version of Soundforge (no sequencer, edit-view). Haha, good times! Conor introduced me to Cubase and that has been my go to since. But we do use live. We both have MPDs which are cool and midi keyboards. But a lot of the time we’re just controlling the software with the computer mouse. A riff or beat could take 30 seconds to put down with a midi controller and then 30 days of tweaking with the mouse. Learning a software well enough to make it sing sweetly requires the same degree of time and effort as leaning a more traditional instrument. We do tip around with traditional instruments. All the mandolas, guitars, pianos and percussion on our first record are played by us (except the ngoni and drums on ‘Psychasonic’ which is played by Soundblob’s Rob).

What kinds of samples do you use and where do you get them? Do you find any artistic significance in where or how you get them? For instance, Gold Panda only samples vinyl, that kind kind of thing.
Niall: Yeah like sampling only from vinyl definitely does lend to a sound. But it’s not about the artistic significance; the credibility of an artist’s work for us isn’t defined in the ‘authenticity’ of the samples. It’s about the sound that you’re going for. Like RJD2 sampling beats from a KFC ad, or Amon Tobin sampling the bing of a light bulb. It’s interesting to hear about how those guys get their sounds, but if I find out tomorrow that Flying Lotus gets all of his sounds from sample packs, I’m not going to be disappointed. We get ours from everywhere. Our own recordings, vinyl, tape and of course internet. A lot of stuff we record intentionally to sample, and intentionally make them sound like samples. But it’s just a sound we’re going for sometimes, not an attempt to mask the true identities of our samples.

How did you find the experience of self-releasing a CD last time around? Would you consider going down that road again or would you prefer to work with a label in the future?
Conor: It was fun to self-release the album, we both learned a lot about how all that works, but unfortunately its not something we are prepared to do any time soon. The process takes a lot of time and money and really slows down the release. So for now were really enjoying just putting stuff out once its ready to go. We have another EP on the way and the plan for the next year is to release a lot more material and just focus on fine tuning our production with the intention of our next album being released on a label, if they will have us… 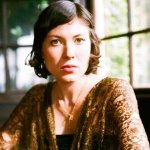 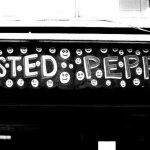