Siobhán Kane interviews Ghostpoet, who plays the Grand Social on Thursday March 4th along with Meljoann. Read on for a chance to win some free tickets.

Obaro Ejimiwe has many influences, from his roots in Nigeria and Dominica, to the time spent in London and Coventry, to nineties hip-hop and grime; he has taken his creative impulses from all of these sources, with little nods to dub, Roots Manuva, indie pop and jungle along the way, which litters his quite mournful narratives with a dreamy sense, helped along by his lazy style of singing which aches and lilts along. His record Peanut Butter Blues and Melancholy Jam documents late nights, long despairing days, and the descent of man; whiskey drinking, philosophy-baiting man.

What makes him interesting is that he puts over seemingly ordinary preoccupations about surviving as part of the masses in a really eloquent way, using a scattershot take on rhythm and sound to create something really engaging, evident on a song such as ‘Finished I Ain’t’ which builds almost to a pause, strangely, creating a dark swirling atmosphere more than anything else. He seems to be out to elevate the ordinary, which can be satisfying in itself, finding the mystery in the everyday. As he says himself in the song ‘I Just Don’t Know’, “Other MC’s want to talk about crime/But that ain’t me/ Let’s talk about life” which he has been doing since around 2009 when he released his EP The Sound of Strangers, Siobhán Kane talks to him.

How did the deal with Gilles Peterson’s Brownswood label come about? It seems like a natural fit, he is really a passionate supporter of interesting music, it all seems very much like a labour of love for him.
Brownswood were introduced to my music via Myspace, and out of that they asked me to come down for a meeting, I met Gilles there and we listened to more of my music and discussed the direction I wanted to take my music. He suggested we put an album out and here we are today! I agree, he’s a great campaigner for interesting sound and I’m lucky to be associated with him.

Even though ‘home’ is London, it seems you really found your feet in Coventry when you went to study there, is it because there was a sense of ‘sink or swim’ about things?–and that you were exposed to things in a more manageable way? London often feels unwieldy, unforgiving and overwhelming, though full of amazing things as well.
Coventry was my first time away from home on my own, it just made a man of me as well giving me the space and time to really think about the direction I wanted my music to go in. London definitely planted the seeds of something but in Coventry things just started to creatively grow within, I can’t put my finger on a particular event or time but it all just seem to make a bit more sense up there.

Didn’t you start putting on nights there? Was it that the kind of music and nights you were interested just wasn’t being catered for?
Me and a couple of mates up there put our brains together and put a few nights on, yes. I think we just wanted to cater for musically like-minded people, there were nights catering for particular genres but maybe nothing playing a mixture of stuff, catering for students as well as local people. It wasn’t easy to start with finding the right venue, promotion etc but once we got going it became easier I guess.

I remember reading somewhere that you started writing lyrics first, rather than working on instrumentals or your music production first. Is it that, for you, the story, the written word, always has to come first? Do you approach the songs as stories? That is definitely how it feels.
This is true, it was just the resources available to me, paper, pencils, pens, so writing was the cheapest way to be musically creative in the beginning. Now I have the capability to do both, so my creative process has adapted to the ‘now’ . Songs are more a reflection of the mood of the music I create I would say, creating lyrics that people can relate too is important, and if that becomes a ‘story’ then so be it.

You got into hip-hop as a teenager, was there anyone in particular that you were bowled over by? So often non-Americans get into hip-hop through American hip-hop, perhaps because it is the root of the genre, but also because it is so upfront, trading on ‘bragging rights’ which is in opposition to what you do, but is also strangely charming – what are your thoughts?
Mos Def really struck a chord with me. ‘Umi Says’ was the first thing I heard from him – so amazing, Nas was another one, and a lot of the early Rawkus stuff, and B.I.G. The American stuff was definitely my entry into hip-hop at first, I didn’t get into it because of ‘bragging rights’ or its sometimes abruptness, I just enjoyed the flow of the lyrics and the beats..gosh..the beats just hit me in the heart!

On that subject of beats, there is no better producer than J Dilla, who created such an interesting sound, and was one of the more thoughtful reflective artists in hip-hop, along with people like Madlib. Do you find yourself drifting towards them a little more now?
I’ve always loved J Dilla and it was only until his passing that I realised a lot of the songs I loved in hip-hop were produced him. Madlib has always been in the library, such a abstract talent. I wouldn’t say I’m drifting towards them, but I enjoy their sounds more now I guess, as I’m always trying to work out how they made things!

The early grime scene in England struck a chord with you, is it because it was in some way familiar to you but still very underground; local but dense? How exciting was that time? Was there a sense of a reclaiming in some way?
I think I could relate to it because it was being made around me, not in a country hundreds of miles away, they were talking about a lot of things I could not always relate to, but could understand more, and musically it was just so experimental that I had no choice but to prick my ears up. The beginnings of grime was an exciting place; early Dizzee Rascal, Wiley, Agent X to name a few off the top of my head who were partly paving the way for what’s happening in music today.

When the grime collective that you were in finished, was it a natural end? Do you think in some ways it was too constrained? That it followed certain musical conceits that didn’t inspire you anymore?
I guess it died a natural death, people just wanted different things and were mentally moving on from wanting to write to grime music, it was becoming a tad constraining lyrically, and even though I love the sounds of grime to this day, I wanted to spread my creative wings a little. I wouldn’t say the attitude of grime drew me in, I would say it was more the independent identity that was appealing.

Your record seems full of found sounds instead of other less interesting, more traditional sounds, for example, doors shutting instead of using a drum – that must be quite exciting, to infuse your work with a sense of more natural sounds? I always remember Björk saying that she used to wander around London when she lived there with her sampler, gathering sounds as one might gather wood in a forest.
Thank you very much! I think it’s important personally to use the world around me for inspiration, sound is whatever you want it to be and the music I’m trying to make gives me the freedom to just try anything out really, I agree with Bjork, making music should be as natural as the sun in the sky and the moon at night, I just try to infuse life into my work as much as possible.

The idea of survival seems to permeate the record, a sense of struggle, that life is not necessarily romantic all of the time, but you must not compromise.
I’m always hopeful, but maybe sometimes I overthink things and doubt myself..I’m only human. I think when I was making the record I was working and just living, as well as making music, so I guess there were a mixture of emotions and feelings going on, good and bad stuff.

How has the live experience been for you so far?
The live experience has been great because I’m playing with my mates – a guitarist and drummer, and we’ve got it to a point now where we are infusing a lot of experimentation, which keeps it interesting, as well as something different each time for the listener. It was always my mission to give a listener to my sounds a different experience if they came to a gig from listening to the recordings, I’m getting there slowly but surely!

Ghostpoet plays The Grand Social on Thursday 4th March with support from Meljoann. We’ve a pair of tickets to give away, courtesy of our pals at Choice Cuts. Just email your name & thumped.com username to [email protected] with GHOSTPOETTICKETPLEASE as the subject by noon on the day (4th March) to be in with a chance. 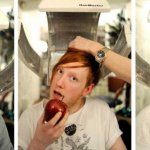 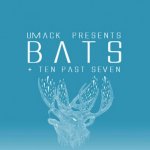