Siobhán Kane spoke to Casper Clausen of Efterklang ahead of their recent shows at the Dublin Fringe & Cork Opera House.

Efterklang have been challenging received wisdoms about music for many years now, from their beautiful debut record Tripper in 2004, through to the luscious Parades (2007), and 2010’s Magic Chairs, they have been a subtle, but powerful presence in music. Over the years, Casper Clausen, Mads Christian Brauer and Rasmus Stolbergthey have given themselves over to the pursuit of the epic, both in terms of sound and adventures; from working with the Danish National Chamber Orchestra to Vincent Moon, and their collaborations are always interesting, taking them to less-obvious places.

This also applies to geographical spaces. When they worked with Vincent Moon on the film An Island in 2010, they traveled to an island off the coast of Denmark to work with more than 200 local musicians to create a document of making music that is as instructive as it is inspiring. For their new record Piramida (soon-to-be-released) they traveled to the isolated island of Russian-controlled Spitsbergen, staying in a town called Pyramiden. It was an arduous journey, and took over a year to make happen, and its barren, yet wild landscape has infused their new work, giving over a sense of being isolated, yet with an impulse to connect.

This sense of connecting is their guiding hand, and will see them travel around the world with The Magic Lift Orchestra – a collection of diverse musicians, which have included Peter Broderick and ex-Banshee Budgie – to perform this new work, mingling three of their great loves; travel, people, and music. Siobhán Kane talks to Casper Clausen ahead of their date at the Dublin Fringe Festival.

Could you expand a little on the gestation of your project with the orchestra?It seems to have grown and grown – how did it come about, and how are you finding working on it? I suppose you had collaborated in so many ways previously, for example, when you worked with the Danish National Chamber Orchestra some years ago, but this feels very different again.
Over the past couple of years we’ve done quite a few collaborations with the classic orchestras. It’s been a great treat and learned us a lot. We’ve always been fascinated by the symphony orchestra, this powerful “instrument”, with so many possibilities and limitations at the same time. this amazing forest of acoustic sound and immense depth, which is impossible to create in any other way. It’s an overwhelming experience once the orchestra is actually playing the music, but it takes a lot of preparation to be able to reach this point at all. A lot of thoughts and calculations, which is kind of a contradiction to the world of music I come from. It is simply an abnormal situation, that we are still trying to get use to, but it is just such an incredible and unique feeling once the whole thing is actually playing.

The Piramida concerts definitely feel very different from any of our previous projects. This is the first orchestra project we’ve done where the music’s been composed while knowing that we had to perform the whole thing with an orchestra in the end. This constellation allowed us to think differently in the making. On one hand we were working on the studio album Piramida, which we wanted to keep quite dense in terms of instrumentation, and on the other we had the Piramida concert, which allowed us to investigate the opposite potential of the music at the same time. In previous projects like this, the orchestra’s usually been more like an afterthought after the music been made, so to speak.

You have people folded into the work like Budgie and Peter Broderick, how do you find collaborating with them? What form does the process take?
We feel incredibly fortuned to work with people like Peter Broderick – who’s been with Efterklang for about 5 years – and now also Budgie who we met and played with for the first time recently when world premiering the Piramida concert in Sydney in May. Playing and making music is a very sensible thing, it’s crucial to have the right people around us. We need to feel comfortable to be able to take chances with the material. It’s just a such a treat working with strong musicians and artists of their own right like Peter, Budgie and now also the opera singer Katinka Vindelev. I guess it like a foundation of respect that goes both ways, and allows us all to be free. We present them with the visions and ideas, and basically trust that they can help us fulfill the potential in the material, and more importantly surprise us to take turns we would never have taken without them.

You are doing a few dates in Europe in this vein – will it change for each show, do you think?
The Piramida concert is like a fixed piece. The sound and performance will obviously change from night to night and orchestra to orchestra, but the material is the same, hence what I was talking about before, working with classical symphony orchestra’s means that we need to prepare ourselves and the whole production much more and in a different way, than when we’re playing concerts without the orchestra. 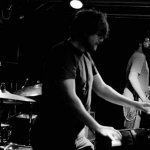 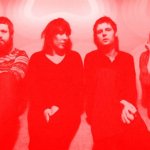 Next
House Of Cosy Cushions, Band Of Clouds – The Joinery, 22nd September