Those nice Bodytonic people have given us a couple of pairs of tickets for the Venetian Snares gig in the Twisted Pepper this Friday to give away.

Aaron Funk a.k.a. Venetian Snares hails from Winnipeg in Canada. Since his debut 12″ in 1999 on a small Minneapolis label he has risen out of the drill’n’bass/breakcore mire to become one of the most astonishing and popular musicians working in the experimental electronic sphere including Squarepusher, Aphex Twin and Boards Of Canada.

With a slew of releases on Planet Mu from 2001 – 2011, and his most recent releases on his own Time Sig imprint, Snares is a producer you can never put your finger on – infamously unpredictable and ever-challenging Mr. Funk never fails to blow minds and keep blasting until the bitter end.

After numerous sell-out Dublin shows, Venetian Snares finally comes to MUD to rock the basement the way only he can.

For a chance to win a pair of tickets just send an email to [email protected] with VENETIANSNARESTICKETSPLEASE as the subject by midday on Friday. 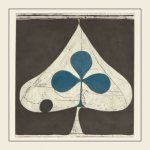 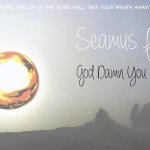