“Shields feels like a re-alignment, like you’re listening to four people learning to play with each other again.” – Ian Maleney on Grizzly Bear‘s latest LP.

It’s a simple enough statement that Daniel Rossen sings in the fittingly named ‘A Simple Answer’, but you get the feeling it might be central to what keeps Grizzly Bear going right now. They are that rare beast of a band where each member is equally brilliant, swapping instruments with ease and leaving the beautiful production in the hands of the drummer. It might sound like a dream situation but having four expressive talents (and egos) in one place for long periods of time can lead to friction. Cast those four people into the harsh light of (somewhat surprising) alt-mainstream success, and things are only going to get more intense.

So it’s interesting then, if no great shock, to find the Brooklyn group making their darkest, weirdest record yet (not counting Horn Of Plenty). There are no moments of light here like those that peppered Veckatamist and Yellow House. Where Veckatamist felt too tight, like a band striving for impossible perfection, Shields is a little dustier, less afraid of distortion and somehow more energetic – “unhinged, unwound” as Rossen sings on ‘Half Gate’. Shields feels like a re-alignment, like you’re listening to four people learning to play with each other again. They seem to have done that by allowing themselves a lot more freedom to play than before, their gusto perhaps renewed after a series of solo projects in the past few years.

All the usual Grizzly Bear ideas are there, the long, winding chord progressions, the vibrant string, brass and woodwind arrangements, and drums that are more texture than beat. On top of this though is a newly forceful vocal in places, poisoning the old choir boy image with some venom. This sickness also infects the guitars every now and then, taking jazzy chords and running them through disgusting fuzzes. Opener ‘Sleeping Ute’ has it all in one chaotic rush but these little spots of blackness, weirdness, are present throughout the record in subtler forms. It’s hard to imaging the verse vocal on ‘Speak In Rounds’ on any of their past releases but here it works perfectly, ringing with a naked, unbridled intensity, stripped of any attempts at decoration.

If there is a “pop moment”, it has to be ‘Yet Again’, the most uplifting track here. It is basically just light psychedelic America filtered through that 60’s pop haze that they do so well. Before it gets too bright, they drag it down, with sharp-edged guitar freakouts providing an unlikely ending.

‘Sun In Your Eyes’ is the closing track and it is one of the most ambitious Grizzly Bear tracks to date, which is saying something. Led by the piano, it shifts from section to section carefully, eventually working it’s way into silence before rising again to a climax – loaded with crashing drums and distorted guitar – for the finish.

This is a bold album from a uniquely talented band, showing them shifting uncomfortably out of the light – “long, and not long until it’s gone” – and back into the shadows where they can be free to do as they wish. This isn’t an album that is likely to translate well to large festival stages but it’s even less likely they care. 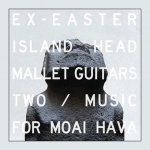 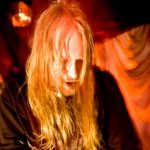