Suuns – The Grand Social, 16th May

Win a pair of tickets to see Secretly Canadian’s Suuns in The Grand Social this Thursday thanks to POD.

SUUNS
Montreal electro-rock darlings SUUNS have today announced the European tour of their upcoming album “Images de Futur”, to include a Dublin date at THE GRAND SOCIAL on Thursday 16th May.

It was written and recorded during the Quebec student protests of Spring 2012- set against a backdrop lead singer Ben Shemie calls “a climate of excitement, hope and frustration”. The album expands on the musical ideas of the band’s debut, building on its intensity through new textures and subtler dynamic maneuvering.

To win a pair of tickets just send a quick email to [email protected] with SUUNSTICKETSPLEASE as its subject line by midnight on Wednesday, 15th May.
Previous
Swords – All The Boys 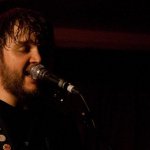 Next
The Dudley Corporation, Jogging, The Run Ons – Upstairs at Whelan’s, 11th May