Here’s a chance to win tickets to see LaFaro & No Spill Blood in Whelan’s on July 5th; and even if you don’t win, there’s a free Before Machines show upstairs afterwards. It’s win / win for everyone.

LaFaro
It’s useless to fight LaFaro if you are attacked. If they have you between their jaws they will not let go. If you do decide to put up a fight, LaFaro are likely to do a death roll. Polar opposite to the delicate poise of the influential jazz bassist Scott LaFaro from which this Belfast quartet take their name, LaFaro are a wrecking ball of a band. Their rhythmic post-hardcore is designed to pulverize dance floors and leave no bottle of beer undrunk – this is music as it should be ‘We hark back to time when rock music was still fun’ states lead rabble-rouser Johnny Black.
Recalling Jesus Lizard, Shellac and Helmet and NI melodic rockers Therapy? LaFaro have character, chops and emotion oozing through every seedy riff ‘I love to write about life’s dark little secrets – the things we all know happen but never get discussed’.
LaFaro released their sophomore effort on Smalltown America in March 2011 – many more will be snapped in LaFaro’s jaws. If you can’t get close enough to gouge their eyes out try whacking LaFaro on the snout. We fear however, that resistance is futile.

No Spill Blood
No Spill Blood is the new band from Matt Hedigan (Elk), Lar Kaye (Adebisi Shank) and Ruadhan O’Meara (Magic Pockets). Formed in the winter of 2011, they gained notoriety for a number of small, secret gigs (sometimes under a different name) in and around Dublin. Recently the band garnered feverish acclaim at the annual Whelan’s Ones To Watch event and played their first Cork show to a packed audience in Triskel’s TDC room. The band are going against the grain by avoiding the traditional route of release/tour and concentrating entirely on building a reputation from live gigs and word of mouth. Their debut EP will be released on Vinyl and Digitally via Sargent House in late Summer 2012

Before Machines
Belfast-based Before Machines formed in early 2008 and quickly set about earning a reputation for fearsome, energetic live shows around the country. Their three releases to date, one Ep, one double A-side and their new single “Stalagmites”, have since won them more converts; displaying a combination of angular riffs, powerful bass, inventive drumming and sing-along vocals.

Tickets are €8 from http://www.wavtickets.ie or the WAV Box Office on 1890 200078, or you can just send an email containing your name & with LAFAROTICKETSPLEASE as the subject to [email protected] by midnight on Tuesday 3rd July AND YOU NEVER KNOW… 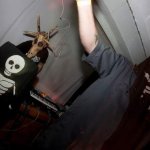 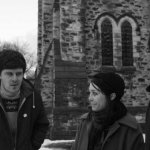