Win tickets to see Girls Names launch their new album ‘The New Life’ in The Grand Social on February 21st.

They’ll be joined on the night by Ginnels & The Last Sound.

Girls Names are a singular proposition, both geographically and psychically removed from their contemporaries at home and abroad. Released on 18th February, their second album ‘The New Life’ is the sound of a band on the fringes striving to forge their own path, purposefully out of step – and time – with their surroundings. Weighed heavy with the grey landscapes of their hometown, ‘The New Life’ is isolation laid bare, shot through with an undeterred sense of purpose and individuality.
Having released a series of singles and EPs on various independent labels, Girls Names made their first significant impression on the wider world in 2011 with their debut album, ‘Dead To Me,’ earning plaudits from the likes of Pitchfork, NME and Loud & Quiet amongst a host of others. And yet, despite all the praise heaped on it, as soon as that record was released Girls Names were already moving into a different headspace.
Ginnels is a solo project by Grand Pocket Orchestra and No Monster Club guitarist/bassist Mark Chester, with live friends Paddy Hanna, Bobby Aherne, Roy Duffy and Ruan Van Vliet. It’s kind of like your favourite Byrds and Feelies records being drowned out by your dickhead neighbour’s stoned ‘noise jams’. Except actually good.

The Last Sound is the project name of the Dubliner Barry Murphy.  Acquiring a computer, sequencer, and sampler as a teenager, Barry produced over 100 tracks across several genres and under many pseudonyms. Just three live performances were given during this period, each time under a different name and with up to six performers on stage, variously adding live drums, live synths, and dancers!

We’ve a couple of tickets to give away for the gig, thanks to our friends at Skinny Wolves. To enter, just send an email with GIRLSNAMESTICKETSPLEASE as its subject to [email protected] by midnight on Tuesday, 19th February. 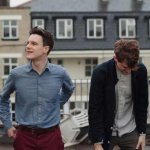 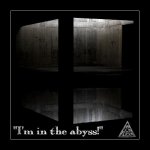 Next
I’m In The Abyss – Abandon Reason Compilation