Win yourself some tickets to see London’s Cymbals, playing The Workmans Club on Thursday, 28th February.

CYMBALS is Dan, Jack, Neil and Luke. Some of them have played in bands before, but this one is different – it’s sort of a romantic thing, some kind of chemistry that makes the songs what they are. In May 2011 they released their first 9 months of songs in an album called Unlearnthrough Tough Love, on limited hand-screen printed vinyl. The album quickly sold out, and interest has grown ever since. With Unlearn, the band were figuring out what it meant to write together, a process that was mixed and produced by James Yuill, D/R/U/G/S and Rory Brattwell. The result was a snapshot of charming naivety, a document of their first year that has become dear to a horde of devoted fans.
Sideways Sometimes is a different beast. Recorded over five days on Lightship 95, a boat moored in the Thames, the EP has a cleaner, more coherent feel. Fourth member Neil Gillespie took over from Sean on drums, while Sean returned to his first instrument, bass, filling out the space in their sound. Drawing on Yo La Tengo and New Order, the songs follow a pattern, a circle describing a moment in their lives. Having released Sideways, Sometimes in April 2012, CYMBALS returned later that year with new track ‘Like An Animal’. Released as part of a four track 12” which features the title song, an instrumental version, and two remixes from Fort Romeau and Maria Minerva respectively, it’s the first evidence of the band’s pairing with producer Dreamtrak.
Bold, brash and perhaps somewhat unexpected, ‘Like An Animal’ is a 9-minute statement of intent that brings to life the band’s often stated affinity with house music, while retaining the deft melodicism for which they’ve been recognised. More at home on the dancefloor than any of their previous releases, ‘Like An Animal’ still remains refreshingly off kilter, the jacking beat embellished by a subtle violin part that few of their peers would think to include.

Tickets are €8 from Tickets.ie and Ticketmaster, or you can win a pair by sending an email with CYMBALSTICKETSPLEASE as its subject to [email protected] by midnight on Tuesday February 26th. It’s your call. 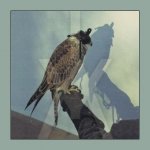 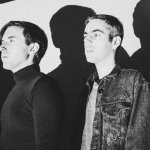