Want free tickets to Girls Names‘ album launch this Saturday? Dead To Me will be launched in Hello Operator on April 30th and we’ve some passes to give away.

GIRLS NAMES
Forming in Belfast in January 2009 initially as a two-piece, Cathal Cully and Neil Brogan booked their first gig as Girls Names before they’d even played together. Expanding to a three piece some months later with the addition of Claire Miskimmin on bass, the band have effortlessly refined their own personal take on the early/mid eighties shadow world of Black Tambourine, Felt and the Sound of Young Scotland.

With their identity firmly established, debut album “Dead To Me” is the next step forward that delivers on the promise shown on previous releases. The song writing is more defined and the production values have been sharpened, representing a definitive break from the nonsensical lo-fi tag that has lazily followed them around by association. Recording for “Dead To Me” began in the last half of 2010, the band entering the studio with the conscious desire to make an old-fashioned style pop album, albeit one with a perverse haunted feel.

“Dead To Me” is released by Tough Love in UK/Europe on April 25 and by Slumberland Records in the US on April 26.

CAP PAS CAP
“Dark pop from Dublin with a hypnotic beat, Cap Pas Cap have echoes of Adult, Xmal Deutschland and Ruth. But this is cold-wave that doesn’t freeze you out…” – Dazed & Confused

“For a band that paces itself, their pulsating, motorik, dance funk threatens to run amok, but it is tethered, and sculpted by a knowing pop craft, and less-is-more aesthetic. Their time is now – should they allow it. ” – Le Cool

To enter just email [email protected] with GIRLSNAMESTICKETS as the subject & including your thumped username & your real name, by midnight on Thursday, 28th April. 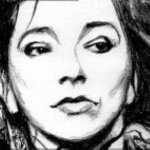 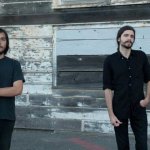