So who says we never give anything back? We here at Thumped towers reckoned it's time to throw on the glad rags, dust off the tombola and have a gods honest proper competition. At stake, tickets for the upcoming Garden Party festival on June 9th. All you have to is answer the ridicously simple question down the end.

Taking place in the grounds of Ballinlough Castle, Athboy on Saturday June 9th, this years Garden Party will three separate stages play host to performances from Von Sudenfed, The Pet Shop Boys, Hot Chip, Vitalic, Carl Cox, Bodytonic Sound System & The Mad Professor, among others. Von Sudenfed in particular should be a treat, seeing as it's the collaboration between Mark E Smith and Mouse on Mars that's got several old skool thumpeders all a quiver.

To be in with a shot of nabbing a pair of tickets simply send an email to [email protected] telling us the name of festival act Mirakil Whip's record label (remember you can use the Thumped message board search thingy to find the answer). 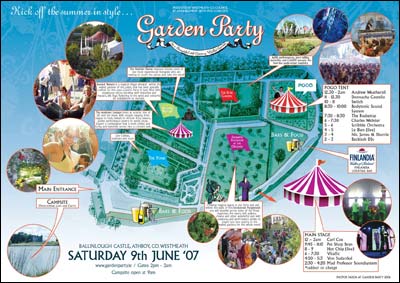 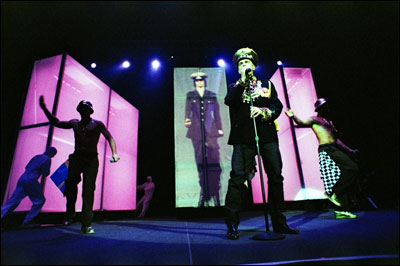 Marking the quintessential start to the summer, The GARDEN PARTY in the magical walled garden of Ballinlough Castle playing host to the legendary PET SHOP BOYS as well as the only live Irish festival performance of 2007 of HOT CHIP. 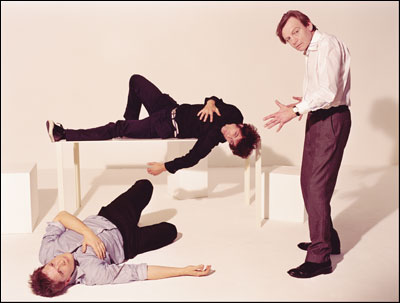 The new project of Mark E. Smith of The Fall and German electronic duo Mouse On Mars, Von Sudenfed released their debut album Tromatic Reflexxions on Domino Records in May. "We wanted the album to have the energy we would imagine a hybrid band – a futuristic band playing grime or ska or soca like a pirate radio station – to have,' explains Jan St Werner from Mouse on Mars. Von Sudenfed also throw electro, dubstep and disco into the mix. But Von Sudenfed does more than take a spin, via Düsseldorf and Salford, through the terrain of London pirates. It combines the genre-smashing attack of early-millennia club music with Mark E Smith's free-associating visionary wordplay. 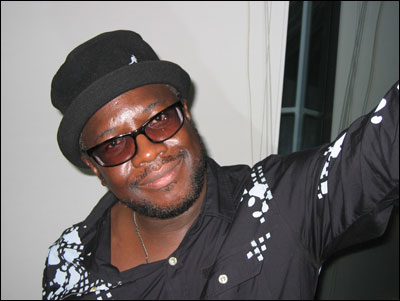 Also just announced is the MAD PROFESSOR, the dub musician, trip-hop producer and owner of Awira Studio. The MAD PROFESSOR has worked with many of the leading lights in the reggae world such as Lee Scratch Perry, Horace Andy and Jah Shaka as well as remixing for everyone from Sade to Massive Attack. MAD PROFESSOR is perhaps best known for his dub albums, which include 12 installments of the Dub Me Crazy series and 5 albums under the Black Liberation Dub banner.

Adding a sprinkle of 4:4 to the occasion beside world class DJ wizard CARL COX with a dash of VITALIC into the dance melting pot promises to keep things interesting. A twist of French electro with some fairly showstopping visuals is exactly what you want on a balmy summer evening.

What's not to say about ANDREW WEATHERALL? He's as proper as they come with a CV to make most producers look like dabblers… Producing Primal Scream's Screamadelica album is possibly the most acclaimed work of this modern day electro and techno pioneer who has released works under at least ten different pseudonyms… He's *everywhere*! 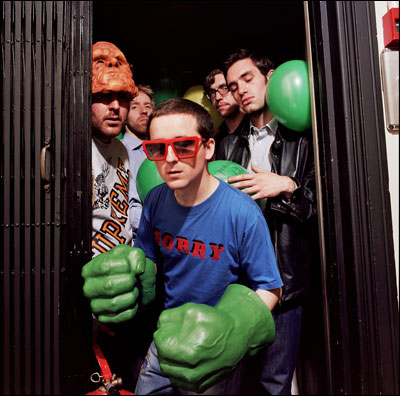 BODYTONIC SOUND SYSTEM is a concept devised by head honcho Taylor to showcase all the sounds and styles that BODYTONIC are into playing, promoting and producing. So basically anything in the field of soul, funk, house, techno, breaks , drum'n'bass whatever – as long as its quality they'll play it. Their tent at GARDEN PARTYlooks like it'll be upping the ante on last year given the purely staggering line up already confirmed…

Adding to the bill are the non musical elements comprising of ostentatiously decadent displays of cabaret, mouthwatering gourmet food & Pod mixologists shaking up fabulously tasty cocktails, the walled garden promises to offer the ultimate festival experience for those who find that they need more than just music. The GARDEN PARTY is set in an aesthetically stunning award winning walled garden in the grounds of Ballinlough Castle, one of Ireland's most picturesque stately homes. Nestled just beyond the 18th Century stabled courtyard, & behind a water garden that was rediscovered when restoration began in 1940; the beautiful walled garden stretches down to a honeysuckle bridge on the estate's canal where the heartbeat of the action will be…