That NASA intends to collect a sample from Mars and return it to Earth is well known — they’ve said so many times. But how would they go about scooping up soil from the surface of a distant planet and getting it back here? With a plan that sounds straight out of sci-fi.

Described by the project’s lead scientist in a virtual meeting reported by Nature, NASA and the European Space Agency’s proposed Mars sample retrieval program is perhaps the most ambitious interplanetary mission ever devised. (I’ve asked NASA for more details and will update this post if I hear back.)

The first part of the plan is already public: It relies on the Mars Perseverance rover, which is currently being prepared, despite the pandemic, for its launch in July. Perseverance will perform sampling using a drill and soil scoop, filling 30 small tubes with the results of its Martian delvings and storing them on board.

The next step is where things start to get wild.
Click to expand...

TechCrunch is now a part of Verizon Media

TechCrunch is now a part of Verizon Media

Would they not just use the Earth's gravity to slingshot a spaceship around towards Mars, then get Perseverance to boost itself into orbit to rendezvous with that spacecraft, then someone on the spacecraft can do a spacewalk out to grab it before they shoot past each other? That's what I'd do

Out Of This World! Tom Cruise Plots Movie To Shoot In Space With Elon Musk’s SpaceX

EXCLUSIVE: I’m hearing that Tom Cruise and Elon Musk’s Space X are working on a project with NASA that would be the first narrative feature film – an action adventure – to be shot in ou… 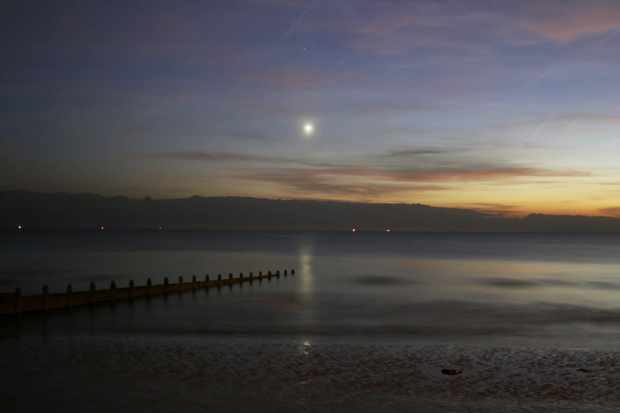 Venus is soon to disappear from the evening sky. Here's why

Venus is heading towards inferior conjunction, when it will cease to be an evening object and transition to becoming a morning target.

taking off from pad 39a, next stop clonsilla

actually this is probably a better stream

the gimp suit henchmen are a new touch.

Bollocks was just out looking at the sky for 10 minutes

Cormcolash said:
Bollocks was just out looking at the sky for 10 minutes
Click to expand...

Well i'm still watching theyoutube livestream, which is bob and doug waiting to get out of the ship and go home.

yeah even though it was a tiny white dot shooing by the moon it was a bit exciting. we enjoyed it. well i did, herself is practically blind so no amount of pointing at it was helpful apparently

i was out trying to get the kid to come back inside "look, it's too early and it's not dark enough, it's going to be too low in the sky and look at all the clouds down there... oh there's the ISS now, yes very good"

That Van Damme lad is alright with a camera

ernesto said:
yeah even though it was a tiny white dot shooing by the moon it was a bit exciting. we enjoyed it. well i did, herself is practically blind so no amount of pointing at it was helpful apparently
Click to expand...

next time get a neighbour to fling a dinner plate past the front of the house. #inclusiveness