No opinions on the Black album here so far.
I've lived with it on and off for a while now. As with most "post Make Believe" W albums it starts strong and gets patchy. Side 2 is a hard listen.
High As A Kite is as good as anything they've done. Piece Of Cake is a great tune, I'm Just Being Honest and Too Many Thoughts In My Head are too "over produced rock" when California Snow is where this album should have gone. The album ends on a high.

Didn't know they did this, is nice

So is Rivers a nice person or a total Billy Corgan behind the scenes?

the Van Weezer title makes so much sense now

Some tune. Nice one

would be better without the weezer bit.

They are releasing two albums next year. Van Weezer and OK Human.
It never ends.

this is a fantastic Weezer subgenre

Another new underwhelming weezer song for the loyal weezer fans.... who must be some of the most patient & forgiving people on earth. I think these songs are generated by some artificial intelligence program set to weezer.

Not a bad tune. I prefer it to the other new one from Van Weezer. They're on The Simpsons this weekend because of course they are.

I bet its shit too

OK Human is out 29th Jan
okhuman.space is the website

Van Weezer is shaping up to be a surreal record in the band’s catalog, as further proven by Weezer releasing a branded robot vacuum cleaner yesterday to promote it. It sounds like the inspiration gears have only just begun to churn, however. In a recent interview, the band revealed they’re planning a four-album concept series, including a project inspired by Elliott Smith and a “Weezer-inspired Weezer album” based on the band’s classic sound, as well.
Click to expand... 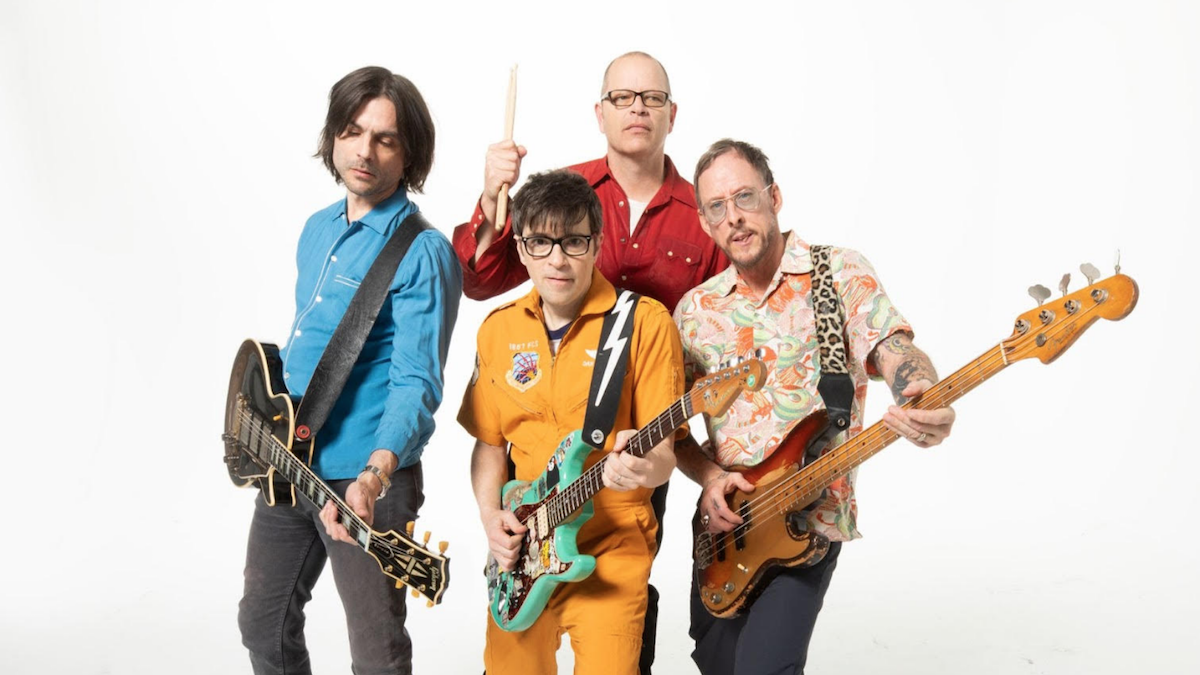 Weezer release new Van Weezer song "I Need Some of That": Stream

Weezer have released a new song called "I Need Some of That" from their upcoming metal-inspired album Van Weezer. Stream it here.

I said:
"First impression; a bit disappointed. I hoped it would be a genuine 80s metal tribute from the heart (ie, normal Weezer) not a version of what people who don't like 80s metal think 80s metal is. I guess the album cover was a giveaway with that dumb faux metal logo that's not even done very well.

Maybe the songs will reveal themselves, I'll stick with it. Hero is great though."

Then I said:
"I think I was a bit hard on VW. My first two listens were with headphones studying the fucking thing. Had it streaming in the kitchen today and enjoyed it.

The streamed version has a different track listing (swaps Hero and The End Of The Game) and it works MUCH better.

They always put the weakest song 2nd or 3rd last and "she needs me" continues that pattern. Though there's still a lot to like there."

I hope they’re paying for this.

A/B mixes of a new song, if anyone fancies a listen

A/B mixes of a new song, if anyone fancies a listen