Can't help bearing a football grudge against the Danes for the string of humbling/torporific encounters against us over the last few years but fair play to them for demolishing Russia after the Eriksen thing and all.. Wales v Denmark should be a fun fixture. 24 teams almost inevitably results in a bit of a compromised tournament format but the one upside is a relative lack of dead rubbers on the final round of group games as one win can get you through. Very interested to see how Scotland get on tomorrow night, this Croatia team is there for the taking if they really go for it.

Anyone beating Russia is fine by me.

They should bring it back to 16 teams, 4 groups of 4.
Denmark are going to go through to the second round with 3 points whilst quite possibly some other third-placed team with 4 points won't get through, LOL

Like the 24 teams thing, what a load of fucking bollocks. It's exactly like I said once they announced that Nations League shit, some people are like "Oh isn't it great for North Macedonia that they can play in the tournament?" Yeah good one lads, it's as great for them as it was great for Ireland to go to Poland and get fucking tanked in all 3 games. Loada shite.

16 teams was perfect, they never reduce these things back down once they've expanded them though. There aren't really any properly elegant 24 team tournament structures.. The 1982 World Cup format with the second group stage would avoid the 3rd place teams going through but that 2nd group stage format has its own problems. I would actually not mind if they just went whole hog and made it 32 teams and ditch most of the qualifiers, use the Nations League to eliminate 23 teams.

Scotland had a go of it but scoring more than one was a tall order with their forward options, Gilmour being out was a big loss. Croatia had enough class to dominate possession and gradually lever the game in their favour.. Probably a bit hasty of me to write off a team containing Modric and Perisic, even if they are getting on a bit. Gvardiol and Vlasic look decent.

That was the first game Croatia played somewhat half-decent in, and at the same time Scotland's worst game of the tournament, unfortunately for them.
The 16 team tournament worked well because you got 4 groups where pretty much every team had a chance to get to the next round. This current shit gives us 6 groups where you know teams like North Macedonia are fucked barring some kind of miracle. But hey Hungary can still get to the second round, all they have to do is beat Germany tomorrow, no problemo right
N

the 1986, 1990 and 1994 World Cup's had the same 24 team format as the current Euros.
in '86 as it was two points for a win and Bulgaria and Uruguay both got out of their groups with only 2 points from two draws! Hungary beat Canada in 86 but two defeats including a 6-0 defeat to the USSR meant they missed out on best 3rd place slot.

Scotland have a decent team but like Ireland they a really stuck for goals. they created plenty chances over the three games but if your centre forward only got 12 goals in 40 Championship games for QPR then you are going to struggle.

England have strangely struggled to score or even create chances and but their suspect defence hasn't conceded yet.
Southgate has a lot of questions about his team selection and his substitutions were poor.
if they go a goal down against a good team it looks ominous for them, I always thought a group of death team would beat them, especially now.

England have been shite, let's hope it continues!!

Well the Huns are out, despite the best efforts of the other 3 countries to keep them in the tournament. Fuckin joke of a group in the end, pretty sure those results and positions were approved by UEFA months ago. 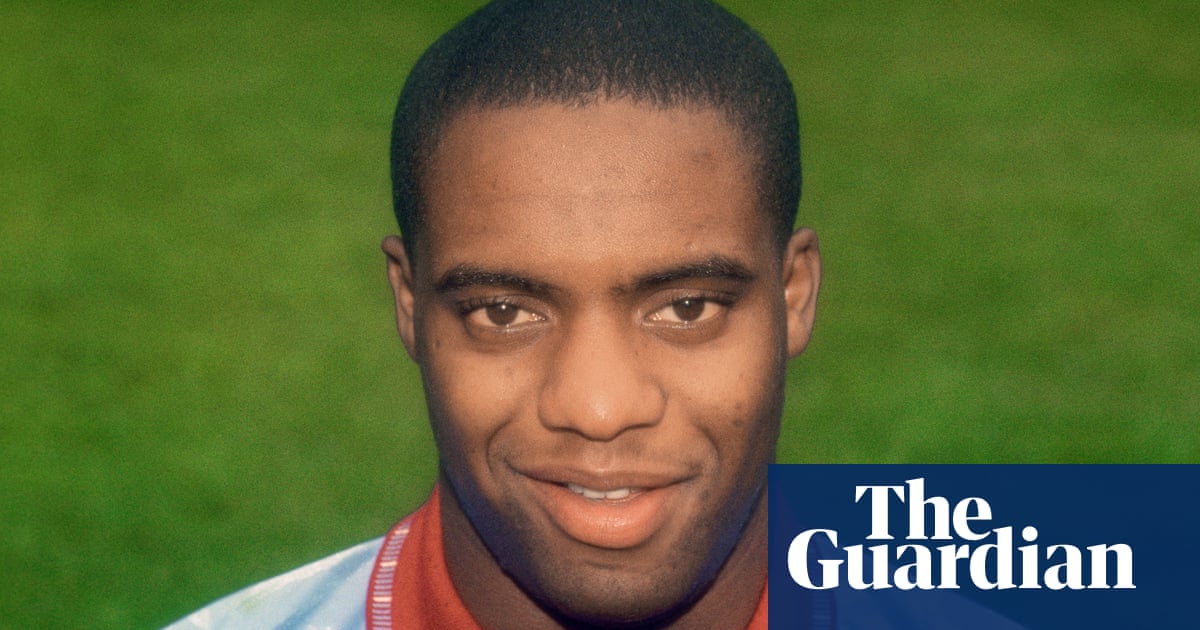 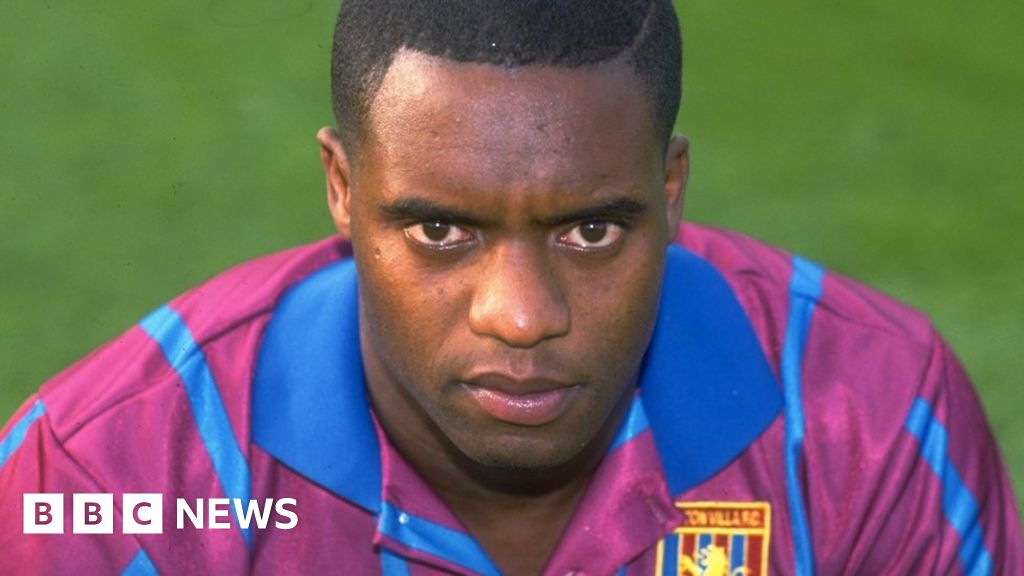 Dalian Atkinson's family says "the whole country now knows the truth" about how he died.
www.bbc.com

The details of Dalian's death got little publicity at the time but it was an open and shut case.
PC Benjamin Monk tasered Dalian for 33 seconds (6 times what is standard) and after kicked Dalian in the head twice to the extent Dalian's blood was found on his boot.
The other PC (who was also Monk's girlfriend) hit Dalian with her baton while he was lying on the ground after being tasered and has yet to be sentenced.
The Atkinson family had to wait five years to get a conviction.

Dalian Atkinson's family says "the whole country now knows the truth" about how he died.
www.bbc.com

The details of Dalian's death got little publicity at the time but it was an open and shut case.
PC Benjamin Monk tasered Dalian for 33 seconds (6 times what is standard) and after kicked Dalian in the head twice to the extent Dalian's blood was found on his boot.
The other PC (who was also Monk's girlfriend) hit Dalian with her baton while he was lying on the ground after being tasered and has yet to be sentenced.
The Atkinson family had to wait five years to get a conviction.
Click to expand...

Look at those bullshit jury directions from the judge there. Basically "You can go for manslaughter, but you know I'm going to stop any attempt you make to do him for murder"
N

Cormcolash said:
Look at those bullshit jury directions from the judge there. Basically "You can go for manslaughter, but you know I'm going to stop any attempt you make to do him for murder"
Click to expand...

legally it doesn't qualify as murder as that would require proving Monk showed up planning to kill Dalian.
Monk told a load of lies in testimony and a cop hadn't been convicted on manslaughter for decades so this is still a big step in the right direction and as the Atkinson family said the truth is on record now.

heart breaking to see how ill Dalian was at only 48.
BBC said yesterday black men are 8 times more likely to tasered - why I am not surprised.

Desperate about Dalian Atkinson. Was a big Villa fan in primary school so have fond memories of the Coca Cola Cup win and all that.


Any tips for a second round accumulator? Dutch and the Czechs, how do you call it?? Soucek and Coufal, come on - tippin' over to their house in East London would be good craic no doubt. Great tunes on a pristine record player and nice craft beers flying around the place. Coufal lords over the place with a pipe in his mouth after too much vodka falls across the couch laughing singing Ole Ole Ole we're all part of Jackie's army Ole Ole burp. Soucek falls across the landing and slides down the bannister coming back from the bathroom. Serious times. Great lads. Come on Czech REP!

I don't know if I can be arsed tipping into town for a 2eu bet ...need to pick up a ton of that reduced CBD Oil in Boots though. Worried a massive cage is going to drop out of the ceiling and land on me as soon as I give details of the order.
Last edited: Jun 26, 2021

Dutch will surely beat the Czechs. The Czechs are actually an okay team, but the Dutch are pretty good and should win by a goal or two.

Italy - Austria, put it like this, only one of these two teams is going to win the tournament.

Belgium - Portugal - potentially also has draw written on it. I expect a score draw, with Belgium scoring a normal goal and Ronaldo scoring a fucking bullshit penalty that never should have been or some fucking crap like that. Belgium to do them in extra time.

Croatia - Spain has fucking shitfest written all over it. 0-0 and going to penalties. Spain looked like they might be good against Slovakia, but really Slovakia were just fucking shit. Think even the goalkeeper had bet on Spain. In fairness Croatia had their best game yet against Scotland, but again, that's against Scotland.

France - Switzerland - let's just say there's not going to be any German or Italian speakers liking the result of this match.

England - Germany - We all know what everybody wants, Der Mannschaft to beat them 5-4 on penalties. In reality, it's more likely to be funf-nul in 90 minutes.

Sweden - Ukraine - Another total shitfest. I suspect Sweden will have enough for a 1-0 kind of win, Ukraine have been truly awful and should never have made the second round.

I might stick a bet on this shit myself now haha

Ukraine looked absolutely fuck-tired against Austria...They were impressive against the Dutch though...Swedes look tough though - a less resilient team would have caved to that attempted Poland comeback. And Sweden have had it tougher in general.

Always root for East European underdogs though...goes all the way back to Bulgaria at USA 94.

Holy shit, that'd be some money for a tenner.

Ukraine were playing some good stuff before the tournament, got a draw against France in world cup qualifying, but aside from about 30 minutes vs the Dutch they've been utter shit

The only thing I changed my mind on is the Belgium - Portugal one, I went with Belgium as if both teams play at their best, Belgium will definitely do them by a goal or two, as Belgium at their best are really good.

Haha I should have figured in the 'Let Denmark win a few games because of Eriksen' factor.

Austria played very well against Italy but the superior quality of the Azzuris eventually told, especially with the subs. I'd say Chiesa will start the next game and Locatelli might too, Mancini has a hard time picking the best team because all of them are putting in shifts. Austria did put it up to the Italians, but they were lucky even to get that goal really. Heard the Italian defence broke the world record for minutes without conceding during that game? Legends.

Also the other night, against Portugal, Benzema did the impossible, by scoring two goals at exactly the same time.
New posts