Sleep Thieves release Hope is Dead as the second single from their debut album Heart Waves. The video was directed by Simon Eustace produced by Tidal Productions and shot by Piers McGrail. The single is available for free download at http://sleepthieves.bandcamp.com/album/hope-is-dead and includes a bonus remixed track from the album: Do It The Hard Way (William Fakenamé’s Twinsunset cassette mix) by Dave LeGalaxie. Album Heart Waves available on iTunes or from Bandcamp at http://sleepthieves.bandcamp.com/album/heart-waves 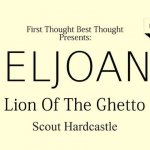