Out On A Limb will release a split 7″ from Vertigo Smyth & Windings on July 29th.

Out On A Limb will release a split 7″ from Vertigo Smyth & Windings on July 29th. The 7″ features two previously unrelased songs and is OOAL’s first split 7″ to be released since 2006.
OOAL’s own windings return with their first release since the infectious debut single “Brain Fluid” caught folks on the hop in April; “Old Like J”, their contribution to OOAL0013 displays a somewhat different side to the Limerick outfit. Windings feature former giveamanakick frontman Steve Ryan, along with a raggle-taggle gang of musical misfits such as Liam Marley, Aaron Mulhall, Patrick O’Brien, and Stephen Purcell. October 2010 will see the launch of the eagerly anticipated new windings album on Out On A Limb Records.
OOAL are delighted to welcome Co. Clare’s Vertigo Smyth on board for this release, with the sweeping “The Armada Song”. It’s the first VS release since his debut EP “Future Happiness” in 2008, which received widespread national airplay, and attention further afield in the UK and the US. Throughout 2009 Vertigo gigged round the country, as guest to the likes of Gemma Hayes, Mick Flannery, Cathy Davey, Julie Feeney, Juana Molina and Crystal Antlers amongst many others. His solo live show sees him switching between guitar, ukulele and sometimes even a bit of banjo! One of Hot Press’ acts to watch for the coming year, he is back in the studio with friends old and new working on a collection of songs. 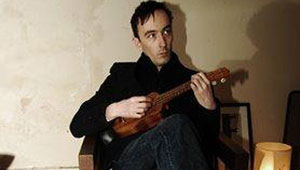 The release will be supported by a series of gigs at which you’ll be able to buy the strictly limited and individually numbered 7”. Every copy also comes with a digital download, handy for people whose DVD drives are not vinyl compatible.
LIVE DATES:
29th July: De Barras, Clonakilty
1st August: The Loft, Limerick
12th August: Whelan’s Upstairs, Dublin
13th August: McGinnitys, Cavan
Interestingly, the release of the 7″ has been “supported by the Clare County Council Arts Office“. Extracting cold hard cash from a state body is quite an achievement these days.
www.myspace.com/windings
www.vertigosmyth.com