A limited edition double EP split cassette with Patrick Kelleher & School Tour has been released by CF Records (formally Cass/Flick, Caff/Flick ). The cassettes are limited to 100 copies and each includes a download code for the EPs.

School Tour
From Donegal and based in Dublin, School Tour is the solo project of Gerard Duffy, sometime member of Patrick Kelleher and His Cold Dead Hands and Irish drone collective Children Under Hoof. While maintaining the synth driven experimentation of those two bands the emphasis here seems to be mostly on melody, with dark corners more often than not opening onto bright sunlit spaces.

Patrick Kelleher
Patrick Kelleher has built up a steady following around the world over the last two years since the release of his debut album “You Look Cold” on Osaka records in 2009. Following on from the haunted disco of last year’s great “Contact Sports” 7″ (on Skinny Wolves) the four songs here find him in low key synth pop mode, with the stand-out “This Room” in particular hinting at very cool things to come for his second album due later in 2011.

This Room by Patrick Kelleher

The EP can be purchased online from http://cassflick.bigcartel.com/product/patrick-kelleher-school-tour-split-casette-double-ep

About CF Records
First there was a label called Caff/Flick, founded in 2006 in London with an original ethos of bringing together an eclectic mix of artists (Lucky Dragons, High Places, Mt Eerie, Champagne Diamond/The Brilliant Light) from around the world in a series of limited releases on vinyl and cd. The first CF podcasts followed in 2007, curated by label artists and friends including the legendary likes of K Records and fellow travelers Upset! The Rhthym. Then in late 2008, and following a move back to our home town of Belfast, the label switched emphasis to cassette releases and the following year became known as Cass/Flick. Now, following a run of great tapes from the likes of Girls Names, No Monster Club, Sea Pinks, Heavy Hawaii and Peter’s House Music the label is returning to it’s original multi-format, full blown functionality and to celebrate will be known henceforth as simply CF. 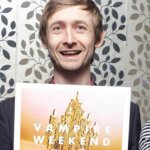