The new split 7″ from Drainland & Crows is available to preorder from Suburban Mayhem and a release gig has been announced for The Lower Deck Thomas House on March 1st. Preorders can be placed now with Suburban Mayhem. Have a listen to a few tracks:

Playing the launch gig are Crows, Drainland, Only Fumes And Corpses, ZOM & Human Leopard Society. Doors are at 8pm, admission is €8 and they promise it’ll be over in time for the last bus. 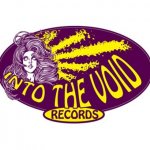 Next
Into The Void Records 1 Year Anniversary Gig