Clancy EP Out This Week

Scroll down for the video for Paul’s version of Beyoncés Halo.

We’re releasing a Clancy EP this week on Catchy Go Go records. Paul Clancy, who sadly passed away in February last year, used to play drums and write songs with the NPB (National Prayer Breakfast) and was about to release an album of his own material. “Road To The Heart” by Clancy was released posthumously.

In the months before his death, Paul had begun working on new material, with an eye to a second album. He had recorded vocal and acoustic guitar takes of some new songs and we had worked on arrangements in rehearsals. Following his death I decided to continue work on these recordings, culminating in the four songs found on what we’re calling the Clancy EP.

Find out more at https://www.facebook.com/ClancySongs 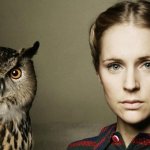