Agnes Obel returns to Ireland in December for gigs in Galway, Cork, Letterkenny & her biggest Irish gig yet at Dublin’s Vicar Street on December 10th.

Danish-born Berlin-based singer-songwriter Agnes Obel has landed a pan-European hit with her disarmingly beautiful debut album Philharmonics album. After s even weeks at #1 in Denmark, hitting the Top 10 in both France and the Netherlands and going platinum in Denmark, France and Belgium, Obel will be releasing the single ‘Brother Sparrow’ on Play It Again Sam. It will be backed with German trio Brandt-Braur Frick’s reinterpretation of ‘On Powdered Ground’.

Entirely self-produced and performed, Philharmonics opens with the instrumental piano piece ‘Falling, Catching’ which sets the tone for Obel’s classically inspired songwriting. The next track, ‘Riverside’, flows with a depth of emotion embedded with further character by Obel’s love of combining her sweet melodies with carefully considered lyrics that evoke the song’s innate sound. ‘Just So’ works a similar trick, its blend of melancholy and optimism perfectly encapsulated into the opening line ‘Black turns beamy bright.’ Elsewhere, with ‘On Powdered Ground’, ‘Brother Sparrow’ or her interpretation of John Cale’s ‘Close Watch’, she melds different moods and atmospheres, all indelibly linked by the brittle majesty of her music.

The deluxe edition of the album, released in May, adds a second CD featuring six tracks recorded at Obel’s recent acclaimed residency of sold-out shows in Copenhagen and five instrumental piano performances.

As a child, Obel was subconsciously guided into music by the influence of her mother and father, who would play and listen to a blend of the classical greats, folk music like Jan Johansson and the timeless sounds of Roy Orbison. After discovering the likes of Portishead and Elliott Smith as a teenager, she began writing her own piano-based songs, but it wasn’t until she moved to Berlin in 2006 that she began recording an album.

Many of the songs on Philharmonics have subconsciously found an audience through their use in film and television. ‘Just So’ soundtracked a Deutsch Telekom advert, which gave Obel the unusual combination of having a song that everyone knew while having almost no profile as an artist herself. But soon opportunities presented themselves and continue to do so. One of Obel’s earliest breaks came when three of her demos featured in cult director Thomas Vinterberg’s film Submarino – ‘Riverside’ earned her a Robert Award (Denmark’s equivalent of the Oscars) for Best Song of the Year. Her music also reached a bigger North American and international audience when ‘Riverside’ was used in Grey’s Anatomy. 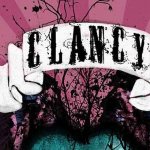 Previous
Clancy EP Out This Week 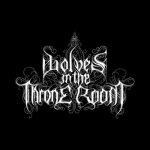 Next
Wolves In The Throne Room, Wolvserpent – Whelans, October 27th