The project sees the likes of Ambulance, Alan O’Boyle, Jape, Somadrone and Sunken Foal each producing a piece of music at 101BPM, with one track released anonymously on Bandcamp under the  101 Beats Per Minute name every Thursday.

101 Beats Per Minute is a collection of electronic music producers working in varying techniques and styles. Each week a new track is released through Bandcamp accompanied by a new photographic work by artist David Cleary. Subscribers on Bandcamp can download/stream a new track every Thursday (plus the Countersunk back catalogue & future releases). Tracks will also be available for non-subscribers.

Each artist was given the brief of composing a piece of music at 101bpm and then sharing it amongst the other contributors to create a collective hub for inspiration before release. We’re hoping to create a dialogue between a bunch of music makers who might normally work in isolation, meanwhile shining a light on some of the talent currently exciting us. Each track is anonymously credited to ‘101bpm’ as the artist’s name, the contributions have come from:

DJ FROM ROSEANNE (The Telly) 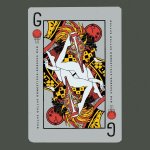 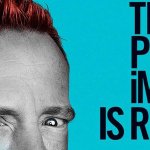 Next
The Public Image is Rotten – IFI, Saturday 25th Aug