‘They were, in a word, immense‘ – Dara Higgins on Godspeed You! Black Emperor’s Vicar Street gig

When reviewing a gig, I write what I heard, what I saw.

Here’s what I heard. Rabbiting on. Constantly. A man with a face like a paedo’s footprint on a bag of sodden porridge, and a woman with a voice like the hiss of slowing escaping Zyklon B and a laugh with all the humour of a collapsing orphanage. Rabbit, rabbit, rabbit. Blah, blah, blah. I knew more mundane facts about this woman than I did about myself come the show’s end. All except for the most salient: why the fuck are you here? That was my experience, those around lived in their own personal hells. Those that weren’t busy instagramming their experience or spilling their drinks on other people’s shoes, that is. Yeah, yeah. I’m old. Sorry.

GY!BE, Montreal’s finest (sorry Men Without Hats, but it’s true) played here tonight. Amplifiers arranged in a tight semi circle, eight members close together, regarding each other, never the audience. Who can blame them? They were, in a word, immense.

Starting with contrabass and violin, it built up to a grand cacophony, aided at all times by the repetitious 8mm visuals projected onto the wall. There should have been something akin to intimacy about this, something immersive, the ever revolving images, the ever growing sound. It would have worked too if it weren’t for the dynamics: every time it got quiet, and it has to, by design, by necessity, there was this shrill rabbiting, reefing me back into the light of reality, like being awoken mid operation to find a northside hairdresser stood over you in scrubs and enquiring where you’re going on holidays this year, your spleen in her hand. Rabbit, rabbit, rabbit.

So, the loud bits became important, they became all encompassing and by golly, BY!OB did not disappoint. The first few numbers started with a simple refrain, and layered, a line of detail, a level of volume, guitars repeating to infinity. Everything always in ¾, the greatest exponents of waltz time since Strauss. It creates circular, spiralling music, ever evolving. An hour in, they started with the hits, playing the current album “Asunder…” in its entirety, the opening track “Peasantry or ‘Light! Inside of Light!'”, a particular highlight. After that they throw in a cover version, doing Cillian Murphy’s “Walking Around an Empty London With a Head on Me, Boi.” An absolute master class in taking something from a whisper, to a scream, the pounding, well earned drama of the crescendo falling off in the darkness with rumble of feedback, the breath held in your lungs, bated.

Maybe I’m a curmudgeon. But I don’t need someone’s life story narrated to me, via shrill, for the entirety of the show, elbowing into every created space like a chipper Chugger collecting for ISIS. I don’t need YOUR life story, because GY!BE are playing one out for me, one that’s infinitely more involving. But the night wasn’t ruined. God bless Godspeed. Awesome. 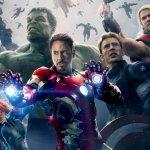 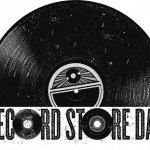