We were stood by the sound desk, toward the top of the embankment looking down at the people who formed the crowd. There didn’t seem to be that many, but numbers certainly improved as the weekend went on. The problem was that we didn’t feel the need to connect with the music and it was frankly fucking freezing standing there, so we did a tour of the tents. Firstly, the beer tent. Becks. Bulmers. That was it. It is, to be frank, a pretty shit selection. Luckily I’d smuggled in a can of Stella, which of course wasn’t much better, but had the added frisson of its illicitness. The festival vibe, conspicuously absent on this Saturday night, may well have been served better by patrons being allowed to bring in a few tins of their own, or a few nips of whatever poison is their wont. But no, Bulmers, whose apple is the figurative Fobidden Fruit of the festival, clearly put their foot down. Patrons were trapped, trapped with two tipples to choose from. Trapped so that once you entered, you could not leave. It was like a middle class internment camp, a tweedy refugee experience.

Our tour of tents ended at the comedy tent, wherein was irony. It was funny, but not for the reasons the comedians thought. As it became more excruciating, we left. Feeling the chill in the bones, and down to a last few quid, we felt our shekels would be better spent in The Old Royal Oak, legendary boozer of some cosiness a mere hundred yards from where we were standing. Downside, if we leave, we can’t come back in. This was another, marketing driven, addition to the vibekill. Patrons are a captive audience. You will not leave. You will stay here, you will eat overpriced food, you buy bland beer. You will, simply because there is no choice. And if you are stuck between acts with nothing on you would like to see, what will you do? There’s a real dearth of places to sit, no real chill out zone. The best they have to offer is Phantom FM’s cordoned off, twat exclusive area. Other than that you could queue at the ATM or take a piss. Funny, once the comedy ended, they kicked everyone out of the tent, which was a shame, because, lined with pews and covered, it would actually have been somewhere to hide out. Especially with what was to follow. We left, and just in time too. The rain started on our way to the pub, but by the time we left there were flood warnings, and an undulating curtain of grey in front of our faces. Fruiters, well oiled and happy, had been making their way into the pub as the night went on, soaked, utterly, filling the place with a rich tang of dampness. Leftfield were apparently worth it. Last time I saw them they were pretty good too, I must admit. But that was nearly twenty years ago, at a gig that had a booth dedicated to people who were having bad trips. Drug councillors, being unmercifully piss-ripped by every bowsie who walked past. These days we need a weather councillor, somewhere where we can vent out frustrations at the never ending greyness of life on this sceptre’d isle.

Sunday
On Sunday the deluge kept at bay, but the cold did not. It made it feel as if we were trying to watch a gig in October. Obviously, no one can be blamed for this, other than perhaps the IMF, it’s just an unfortunate, and pretty typical, turn of events. As someone I was talking to said; “this is a very Irish festival.” I simultaneously didn’t know and also knew exactly what he was saying. The sky was a uniform field grey, like a hovering Nazi. At one stage the clouds parted for an instant, to display the tent of blue beyond, and as quickly reconverged above our heads, obscured by the malevolent cigarette smoke of this omnipresent commandant up there, waving his Turkish fag around in its ivory holder, between his leather clad, bony fingers. Prick.

The sound hadn’t improved. 2002’s The Rapture sounded much better during the walk in, and Death Cab’s set was barely there at all. You couldn’t hear the drumming, which has been so often what’s kept me listening long after Gibbard’s voice has begun to grate. They were, to be fair, very tight. American bands are like that. They take it seriously. The played a good selection from their ever growing back catalogue. The New Year should have been immense, but the power was lost. Movie Script Ending lacked any drums at all. The comedy tent wasn’t doing anymore comedy by the time I arrived. That was funny. But I could almost taste the cosiness from within being denied to me by a bunch of funny fuckers. With their roof, and chairs, and probably a super ser. Pricks. Meanwhile The Cast of Cheers manfully played through a kind of fug to a rapidly filling tent. New Order were on the big stage, and people were making their choice, whether spurred on by weather or indifference, I did not yet know.

New Order were okay. True Faith was a particular stand out. It sounded as if the PA had finally been turned up, so they could actually be heard. They dithered between songs, tuning up, twanging random notes, the kind of stuff Death Cab wouldn’t get away with. But then Death cab aren’t New Order. The two headline acts so far, Leftfield and New Order must have been chosen for their wide appeal, the beats, the dance-ability, the whole good vibe they’d give off against a salmon belly sky as painted by a receding sun at the end of another perfect summer’s day. This of course, failed to happen. New Order are still New Order, minor hit follows minor hit. People will dance, mainly for warmth, people will sing along. It cannot change on salient fact, however. The vibe is dead, maan, the vibe is cold. I can hear Blue Monday when they play it, from a mile away.

Monday
It’s with a giddy joy that I observe the sun in the sky come Monday. But going to this fucking gig again is like a commute, suddenly. If it were staged in a field somewhere in the midlands, I would have contracted pneumonia at this stage, for sure, but I wouldn’t have to go home and fulfil the plethora of responsibilities that I have there. I could have popped a few yokes in order to avoid going back into a half submerged tent, or slept in the boot of someone’s car. I could subsist on Tuc and Praszky. But this isn’t allowed here. Due to the various ho-ha of my hoi polloi existence, I get there as James Vincent McMorrow is playing. He’s a decent chap, for a singer songwriter. That “I’m a bastard” bollocks of the ordinary troubadour is missing. The self flagellating dirges about how many women the author has screwed, and screwed around, making every lady in the audience swoon with the innate knowledge, that while no woman could tame this toolbadours wandering heart, she must certainly try. JVM isn’t intent on letting us know how powerfully poor in bed he is, due to his self obsession, and for that I’m eternally grateful. I’m reliably informed that Field Music and Liars were good, and make curses that I had to miss them. Pshaw!

Mazzy Star are finishing up in a rammed tent just over there. They look and sound great, and after New Order, Leftfield et all, you could be forgiven for thinking you’d slipped into a coma back in the mid nineties and just come to. All the happening, recent shit seems to have been buried in the before-the-kids-are-in-bed timetable of the truly free. But are we truly free, when all there is to drink is fucking Becks? I venture that we are not.

The sun has clearly affected people. They are revved up, red faced, cider-puffed. Wilco should sort that right out. As our fiery orb dips beyond the horizon, the chilly bones of death’s seep back in. Tonight I will engage with the morass of humanity at the bottom the embankment on which I have been standing these past few days, like a forlorn, war weary general, watching the fodder below take the brunt of some wayward marketing decisions. The sound has finally copped on, perhaps it’s no coincidence that the swirling Wind of Insanity has calmed it down too. Wilco sound terrific. Tweedy’s hat is less terrific, but let’s not dwell on it. Jeff Tweedy once told me he hates festivals. I just put that in there as a name drop. I would agree with him for the most part. They’re muddy, and remote, and the sound is a nightmare, and you can’t use all your rig, and you get fined for going over your allotted time. But festivals for the punter should be a celebration of togetherness, and also an opportunity to steal from tents and set them on fire. But really, it’s about communion, the coming together of great music, people, and many, varied mind altering substances. Forbidden Fruit misses this, as it’s not really a festival. It’s just a gig. It may even have worked better if it was a single day. Some of the acts could have been trimmed to present a single, cogent, powerful vision. Maybe even two days would have sufficed. But the three days made it seem indulgent, and indulgent of the marketers and booking agents. Of course, having said that, had the sun come out like it had a mere week previously, the weekend would have been spent finding beauty in the mundane, smoking jazz fags and lounging about on the grass. All it would have needed to perfect then would have been the staple of all festivals: the bag o cans. But mister Bulmers won’t stand for that.

Wilco are great, such excellent musicians, and without the half-heard oddness of the records, the clicks and clanks and background chatter, they seem very, very rock and roll. It’s what the weekend needed, frankly. 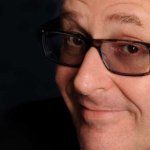 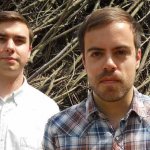 Next
Afterlife – Not Suited For Healing And Relaxation