‘like a black metal Morrissey, swaying to the music, pretending to conduct the band or using his mic stand like a prop, Alice Cooper style‘ – Chris Jones on Deafheaven‘s Sunday night Belfast gig with No Spill Blood Just over two years ago, San Francisco’s Deafheaven made their first Irish appearances as tour support for post-metallers Russian Circles. Their Roads To Judah mini-album had been well-received in metal circles, and their innovative blend of black metal, screamo and shoegaze the subject of much debate, but for most of the crowd in Belfast that night in April – including me – they were an entirely new proposition. But that didn’t prevent them getting very close to upstaging their more celebrated tourmates with a show of quite breathtaking power and bleak beauty.

Since then, everything has changed for Deafheaven. Their first full-length album, Sunbather, was among the most-discussed, best reviewed and best loved albums of last year, in any genre, and as they have toured the world in support of it, the debate around this band has become ever more febrile. For a taste of that, check the comments under any of their live videos on YouTube. And then vow never to venture below the line again. Whoever said metal purists lacked a sense of humour…?

Anyway, we’re not here to debate the finer points of genre definitions because, let’s be honest, that’s incredibly boring. We’re here for two bands affiliated with Sargent House, the first of which is Dublin’s No Spill Blood. At least, it’s two-thirds of No Spill Blood, because drummer Lar Kaye is absent, replaced temporarily (we assume) by Ror Conaty of Veroa and Wizards of Firetop Mountain fame. Such is No Spill Blood’s emphasis on rhythm, you may think a change of drummer is cause for concern, but Conaty is solid and dynamic, a blur of curly hair with a penchant for wild-eyed grimaces.

No Spill Blood have antecedents – their mechanical synth/bass/drums attack brings to mind Kling Klang, Zombie Zombie and fellow Dubliners Legion of Two – but their sound is singular and, just as Deafheaven nearly stole the show with Russian Circles two years ago, No Spill Blood aren’t far off doing the same thing here. Ruadhan O’Meara’s synth work is beautifully conceived, painting the songs with retrofuturistic colour and a sinister, dystopian mood, while Matt Hedigan is clearly having fun with his bass pedals, wringing all manner of weird noises out of his instrument. With this band, though, rhythm is king and as Conaty and Hedigan get busy with their robotic, heavy grooves, the cumulative effect over the course of a set is hypnotic and, ultimately, cathartic. It’s a thoroughly convincing performance from a band on top of their game.

Catharsis is key this evening. It’s at the core of what Deafheaven do. They use some of the tropes of black metal, particularly the frantic, snare heavy drumming and fast-picked guitars, plus George Clarke’s harsh screams, but while black metal as a genre is famously bleak and nihilistic, Deafheaven inject warmth and deep-seated emotion. The guitars pay a clear debt to shoegazers like My Bloody Valentine and Slowdive, the band’s instrumental interludes are delicate and beautiful, and lyrically Clarke deals in existential angst and emotional fragility. All of this is brought to bear in several moments of pure, adrenalised release, like the final surge in Sunbather (“always and forever!”), and the repeated howl of “I am my father’s son” in The Pecan Tree; rich with ambiguity.

So much of what makes Deafheaven’s recorded output successful is the feeling of being swept away by the maelstrom of guitars and drums, and that Clarke is right there with you, voice low in the mix, screaming to be heard. Live, however, the focus is much more on him – uncomfortably so. His piercing screams are laid on top of the guitars, not buried among and beneath them, which changes the dynamic of the music and makes it difficult to get truly lost in the barrage of noise. Instead, you’re forced to concentrate on Clarke’s rasping voice and his imposing physical presence. He is a captivating frontman – he stalks around with almost comical intensity, planting a foot on the monitor, leering and eyeballing the front row. During instrumental passages he flounces around the stage like a black metal Morrissey, swaying to the music, pretending to conduct the band or using his mic stand like a prop, Alice Cooper style. But he really, really needs to stop spitting all over the stage – pity the photographers.

Bearing in mind that it’s Sunday night in front of a modest crowd (Biffy Clyro playing in the city centre won’t have helped), you cannot fault the absolute conviction with which Deafheaven approach the show. There’s a delirious intensity to Sunbather, in particular, and the entire second half of The Pecan Tree – from its gentle breakdown to its elegiac closing riff – is little short of exquisite. One new song, From The Catalogue To The Coil, gets an airing and it largely follows the successful formula, but with slight departures in the form of chugging riffs and a traditionally metal solo, which might indicate where the band are headed next.

They close with Unrequited from Roads To Judah, one of their darkest, harshest songs, as if to accentuate their black metal roots and also to give us one last throwdown before leaving. The song dissolves into a cacophonous noise loop, the band leave the stage gradually, and the chest-rattling drone continues for a full 15 minutes (yes, we waited) before a roadie switches off the amps. Again, the watchword is catharsis. Submit to it and feel cleansed. It’s a satisfying way to finish. 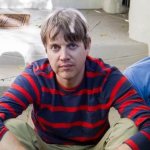 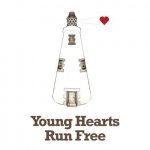 Next
Young Hearts Run Free At The Dublin Fringe Festival