The Electric Lounge – Absolutely The Worst Way To Do It

Things look a little different down the stairs at the back of the bar formerly known as Shebeen Chic. The green paint and the ramshackle charm replaced with a suave and dimly-lit boudoir feel, it’s classy and cosy in the basement now known as The Electric Lounge. The make-over is not 100% complete when we tip down to have a sneak-peek but the ideas are there and the intent is clear. One of the men in charge of the transformation is Joe Panama, familiar to many as the bass player in post-rocking instrumentalists, Overhead, The Albatross. With the floor due a fresh coat of paint in the near future, we’re seated at one of the few remaining tables where Panama makes that intent even clearer. “I’m really concerned with making sure it’s the kind of space that people want to be in,” he says. “I think it’s a comfortable space and I really think that it can be somewhere you can go every week and hang out and hear music that you haven’t heard before or that you wouldn’t be familiar with without paying loads of money.”

It’s a disarmingly simple aim and refreshing in its sincerity. The sentiments are echoed by another Overhead member with a hand in proceedings, Vinny Casey. “Everyone wants to go out and listen to good music,” says Casey, “and there’s nowhere to really do that that isn’t bigger and more packed. There’s no smaller place to do that, somewhere you can go every weekend and know you’ll come across something new.”

With all things bright and new in mind, the venue is certainly starting as it means to continue. The forthcoming opening weekend sees one night of cutting-edge electronica and another of modern funk. Panama is looking forward to the challenge ahead. “I guess the launch weekend will be pretty major for us,” he says. “We have Simon Bird, Bantum and Ickis Mirolo which I’m pretty stoked about. I love all three of those guys, they all make great music. It’ll really put us through our paces because that’s a pretty standard electronic setup and the next night we have three funk bands playing and one of those is a ten-piece! So we’re going to have the whole lot at once and see if we can do it all. I think if we can pull that off, we can pull off most things.”

While the guys are confident in what they hope to achieve, there are still butterflies in stomachs all round. “We’re starting small,” explains Panama, “but every couple of hours we have this pang of ‘What the fuck? We’re opening a venue! What the hell are we going to do?!'”

Casey is a little more laid back. “As long as people have fun at it,” he says. “Even if there’s way too many people for a small stage, as long as you’re laughing and there’s good craic, it’ll be fine.”

The opening gigs in the new venue are being promoted under the name Clique Promotions, a joint venture between the boys in Overhead and Clique recording studio. Together they hope to pool their resources and get the good word out to as many people as possible, for free. “We are going to take a hit on those first gigs,” says Panama, “because we want to do them for free. If we feel the music is good enough then we’ll continue to do for free for as long as possible because we love free gigs. It’s a lot more satisfying to have a packed room than a load of money in your hand. I think a Simon Bird headliner opening show is pretty good and I’m delighted that we got him. I’ve been listening to that Bantum EP constantly for the last week, along with At The Drive-In. I might have an At The Drive-In reunion party! But I don’t just want to do music either. I’d love to do comedy gigs and spoken word gigs, anything that’s good.”

There is a distinct wish to keep the new venue as a place for artists, specifically emerging artists in need of a space to develop. With plans to turn the stairwell into a constantly changing gallery space, and more free space in the venue itself, the amalgamation of music, art and a DIY attitude is exciting to witness. Panama is clear about the kind of crowd he hopes to draw to the place, both as audience members and performers. “It’s people that I know have a keen interest in doing this for themselves and for their art,” he says, “not just to book a band to see how much money they can make off it.”
“If we were in this for the money, we’d all have business degrees,” adds Casey before Panama interjects – “I actually have about two months of a business degree!”

While things are set to start on a small scale, ambition is not something the two are short of. “We’d love to have some big name acts come down and do some acoustic sets like pre-album shows or EP release shows,” says Panama. “We have some pretty wicked bookings in the pipeline so we’re pretty excited about them. This is our baby and we want to see it grow. I do want to be able to put on acts from abroad and bigger acts. Maybe we’ll have to charge in, but those gigs are just so much better in small venues.”

Despite the small size of the room, there will be no concessions made in the area of sound. A top-notch P.A. begins to arrive shortly after the interview concludes and it is an impressive beast. Panama insists the sound quality is of utmost concern for them, wanting to have a high quality set up in there from the word go. “Once we prove that we can stand up to other venues in terms of sound quality” he says, “then I really want to get these electronic people in, like the First Second Dublin guys, because I really love that kind of music. I just want to surround myself and ourselves in music that we really want to listen to.”

“It’s probably the most selfish thing we’ve ever done!” adds Casey. “A lot of other venues are just about filling rooms rather than, as clichéd as it is, it being about the music. It is kind of funny though, just taking over a venue to put on the music you want to listen to!”

Another issue close to their hearts is performers getting paid. Panama is vehement that they will match any competitor in this regard. “We’re definitely paying our acts,” he says. “That’s the first thing we ask people when we want to book them. We’ll pay them, first and foremost. If it’s too much, it’s too much. So if anyone doesn’t want to play here, they can just give us a quote of a grand or something and it’ll be fine.”

Casey fleshes out the plan further. “They can absolutely get it if they want to charge in and make it back at the door,” he says, “but whenever it’s a Clique Promotions thing we’re going to do our absolute best to make it free and we’ll still pay our acts probably more than any other normal rate elsewhere.”

“We’re just going to try please everybody for as long as possible,” adds Panama, “which is absolutely the worst way to do it! So it may flop in like two weeks but we’ll give it the old codders try!”

In the end, the final word goes to the ever-hopeful Casey – “The worst you can do is fail!” 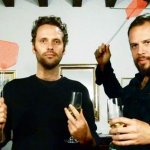 Previous
A Winged Victory for the Sullen – The Sugar Club, 19th January
Next
The Holy Ghost Explosion – Wolves