The Bad Plus – There Were Some Who Hated Us

The Bad Plus kick off a 6 performance Irish tour in Belfast this Friday. Siobhán Kane nabbed pianist Ethan Iverson for a quick chat just before he jumped on a plane.

Ethan Iverson, Reid Anderson and Dave King have known and played with each other for more than twenty years, but didn’t start formally playing together until around 2000. Since then, they have released a number of records, with These are the Vistas (2003), Suspicious Activity (2005) and For All I Care (2008) as particular highlights.

Their inventive approach towards established “standards” is thrilling because it evidences true, freewheeling creativity. Their touchstone is jazz, but there are flecks of pop and rock influences, and their records have revisited everyone from Ornette Coleman to Black Sabbath, Stravinsky to Aphex Twin.

Their most recent record Never Stop (2010) was their first release of original compositions, and was just as inventive as what had gone before; I suggest to Iverson that in some ways it marks how far they have come, but also uncovers their true core, in a sense.

“You know, I think we always played the way we play, though hopefully we’ve gotten better! But the basic sound was always intact. We are lucky enough to be on tour all the time, so tunes are always being generated. Many of our serious fans prefer the originals to the covers, so it was easy to put out an all-original record. It also was our “ten-year celebration” disc.”

Considering they have covered and deconstructed so many different artists, I ask him if there is one in particular that he holds dear.

“I really like Black Sabbath’s “Iron Man” because it is so outrageous. I also think we got a great take for Suspicious Activity. The Rite of Spring is also pretty dense. At times we wondered if we could make it work. But in the end it came together.”

Because their background is in jazz (Iverson also runs a brilliant jazz site called Do the Math), but they stretch so many conventions and expectations, I wonder what the reception has been like over the years from purists?

“In the beginning we had fans, but also there were some who hated us. Now we think it has evened out quite a bit. It’s fine if some people don’t think we are “jazz.” Maybe we aren’t jazz. And actually, on our next record, Made Possible, there are some electronic elements. Also for the Stravinsky, the first movement is a special effect. So yes, we are open!”

Open is a word that is synonymous with The Bad Plus, even when approaching something like Pink Floyd’s “Comfortably Numb”, with Wendy Lewis, which was essentially covered from a different point of view, in so many ways.

“Yes, the whole point of a cover is to bring a new viewpoint. Since that is a famous guitar shred in “Numb,” I played an anti-solo. Likewise, Reid and Dave play a broken-up groove whereas the original is quite straight. Wendy’s vocal performance on that one is quite special, I think.”

We talk about some other projects they have coming up, not least their version of Stravinsky’s Rite of Spring, something they premiered last year, and have been refining ever since; perhaps because of the influences of other projects they are working on concurrently, evidencing their ever-widening palette, both as musicians, and listeners.

“We are playing firstly, with Joshua Redman, and then Bill Frisell this summer, two great musicians that it will be fun to mesh with. And you’re right about us being open listeners, also. We all listen to a lot of music all the time. If you looked at the three iPods in the van you’d find an incredible variety of tunes. Today I listened to a lot of John Coltrane, which is always a valuable thing to do. Reid and Dave love Coltrane too, especially the great ensemble with McCoy Tyner, Jimmy Garrison, and Elvin Jones. That’s a real band with a real band sound, and will always be one of our inspirations.”

The Bad Plus live: 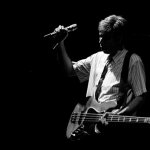 Previous
Awesome: I Fuckin’ Shot That! At The Lighthouse Cinema 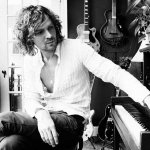 Next
Brendan Benson – I Learned That I Know Nothing