Ten Past Seven talk to Ian Maleney about binaural recording, the corporeality of music and the ups and downs of a successful fundit.ie campaign.

Ten Past Seven talk to Ian Maleney about binaural recording, the corporeality of music and the ups and downs of a successful fundit.ie campaign.

When a band decides to enter the studio and record an album or EP, it often follows the same old template. The record is something to release (possibly for free), getting the songs down in a concrete format to hopefully impress record labels or radio stations or to promote their live show, where the real money gets made. Very few acts these days seem to question the idea of recording or challenge the usual reasons for doing it. Ten Past Seven are one such rare band. Choosing to explore non-standard microphone and recording techniques in the Black Box in France, the three-piece have crafted a record that in conception, execution and distribution operates outside preconceived notions of how and why a record is made. The instrumental trio’s guitarist, Rory O’Brien took the time to walk us through the ideas that formed the record.

Focusing on the experimental use of the stereo field known as binaural recording, which seeks to mimic the response of the human ear, Ten Past Seven initially wanted to take the practice as far as it could be taken. “It was just a case where, when we were recording, we were thinking “Why do you record stuff?'”, says O’Brien. “Another thing was that, a lot of the time, other bands have loads of crazy shit and orchestras and all this so we were just thinking it would be nice to use some recording techniques and things like that which made it more interesting for us. It was only in certain sections that we ended up using the binaural thing just for the fact that when we went to the studio, everything sounded brilliant as is. So we just used elements of stuff that we recorded with the binaural.”

While the technical process of binaural recording will surely be new to most readers, it is a simple enough idea to understand. “It was basically these microphones that go into your ears,” explains O’Brien. “So we had a friend, an engineer, who came over to France with us and he kind of stayed in the room with us and recorded some stuff separately in Ireland using that technique. I think it’s something we’ll revisit again where we’ll set up in a room and try and choreograph it in a certain way. It was kind of more an experimental thing with it, rather than anything else.”

Though the recording process was technical and thoughtful, the willingness to push boundaries doesn’t stop there with the physical release of the EP being an issue up for debate as well. First of all, they are trying to present as full an experience of the record as possible with full surround-sound mixes available, as well as bonus material and extras. “What we want to do is something where it’s kind of like an object but it does something, it might make noises itself. I don’t want to say too much about it right now but we have a fair idea of what we’re going to do. What it’s going to be is a DVD with videos and the surround sound mixes and some other stuff like maybe live footage, some footage of us over in the studio, just showing the studio and the mic setups and all those bits and pieces.”

The band also have a history of exploring alternative means of physical representation, with each copy of their last release appearing with an individually drawn piece of art on a piece of slate. For this release, the question came up again of how make an interesting physical product. “It won’t be just a thing. Like, why do you make a physical release of something when everyone can hear it digitally or burn a copy of it or whatever? Just to make something that has more of a function to it, as well as looking cool. You know, recording stuff, what can you do with it to make it as interesting as we hope to make the music itself. And then you have a memento for people, a physical thing, to try and do something that has more of a function. The last time we did the slate which was a piece of art you could stick on your wall, or you could put your coffee on it! I figured out another use for it, like if you have a kettle you put on the stove. I don’t think it’ll break, I haven’t tried it yet, but it’s a bit of slate that is up off your table.”

Talk turns to the various media that have seen resurgences in the past few years as people attempt to give music back some of its corporeality, cassettes being the most prominent example with the exception of vinyl. O’Brien is distinctly thoughtful about the concept, showing off a serious interest in the possibilities and consequences of the idea. “You actually have something that puts you in a different context when you’re listening to it. It makes you appreciate what you’re doing with it in a way. Cassettes were functional but now they’re defunct. I like that element but I like that I can still use it. It is kind of having a physical embodiment of the thing. That’s kind of our thing as well though, we said we’d give away the music for free. So people can use it for free, they can listen to it for free, they can do whatever they want with it. Then if people want a physical thing, they know they are paying for the physical thing, not just the music.”

That attitude to free music is developed further a little later down the line, as the question of possible remixes comes up. “I have a few people that I would like to start them off. So in the next week or so, I’m going to send them the stems as the initial kind of wave and then after that I’ll put up the stems on a server or something and anyone can take the stems and use them however they want. It doesn’t matter if you credit us or anything, just fucking use them.” 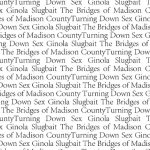 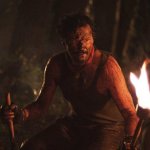