Ryan Power – I’m Not A Hippy


Ryan Power is a New Hampshire born musician with a history of travelling and beards of varying lengths. He’s just released his new LP I Don’t Want To Die on California’s NNA label, home to many of the American underground’s brightest talents. The record is a collection of songs originally self-released a couple of years back, each of which show off the breadth of Power’s influences and inspirations. From new Age synth jamming to classic rock to improvised jazz, Power allows himself the freedom to chase every whim and idea to its conclusion. It makes for a roller-coaster of an album and a very exciting listen. Speaking over Skype from his studio (once used to record Phish!), Power tells us a little about himself.

What’s it been like to release on NNA? I Don’t Want To Die is a little different from their usual fare.
Toby and Matt at NNA are just into releasing whatever they like. They’re doing so great. Really I just like focusing on the music and I mean, I want the packaging to be aesthetically beautiful but my head is just more into making the music. I get sick of making all these decision. Like, after an album is closing in, the part of my brain that makes decisions is work out so it’s nice to have some help. I’m a terrible self-promoter when it comes to music promotion so it’s good to get help with that too, from a label. Some people love doing it, some people don’t mind self promoting at all! Usually those are people I don’t like!

Your press release was quite interesting though and it managed to provoke some pretty strong reactions… Did you have anything to do with it?
Toby showed me this thing and I’m like ‘Yeah, that’s fine’ but I wasn’t that into certain things but most of it’s true. Some of it is a little askew, mostly whether or not I had a beard or something. When I went down to Arkansas, I might have been hairier and then when I came back I had short hair and no beard but Toby thought it would look cool if I came back like this hairy monster but that’s basically the only inaccurate thing! The whole thing, honestly, when I read that I was like ‘Ok, well, I guess it’s a little bit of creative writing here, sprucing it up so it’s interesting’. It’s mainly accurate but I’m not really a big fan of that PR release necessarily, I’d rather have it more kind of straight to it. But I had faith in Toby and he said ‘This is the way it goes, blah blah blah, this is good’. You can ask me whatever you want about it though, I’ll tell what’s true and what’s not!

It says you stopped drinking? Did that have any influence on the way the album turned out?
I did stop drinking, that’s for sure. It was a big influence on the song ‘Mondo Rush’, which is about that. I’m sure it influenced the album. It definitely influenced the album somehow. Even through spending more time with myself because I wasn’t socialising so much because my friends were drinking. Also maybe the anxiety you feel once you stop drinking because you realise you have this current of anxiety running through you all the time and you use drinking to chill yourself down.

I thought it might have been a factor on ‘You Wanna Seltzer’ too?
You’re absolutely right, you nailed it! It’s like you go to a party, you want something fizzy to drink, something carbonated to kind of replace that. And you have to be holding something when you’re at a party, there has to be some oral stimulation there so when I’m going to a party, I definitely buy some seltzers and bring them with me!

Parties where you’re sober and everyone else is not can be really strange places to be.
It’s very strange. Being at a party is kind of an intense thing but you don’t realise it because you’re buzzing of drunk half of the time. But if you don’t do that, you don’t get drunk and go to a party, it can be kind of intense. Everyone is like screaming and conversing and everyone is really close to one another…

So what about this bit where it says that, as a kid, you collected old coins in the hope that they had been touched by Jimi Hendrix?
That’s true! Absolutely true! I was obsessed with Jimmy Hendrix. Obsessed with him. I remember when I was like 13 my aunt got me the Smash Hits on tape and I just listened to that over and over. Then I started buying his other albums on tape and I was just floored by it and it just touched me so deeply. He was my god at the time, it was just Jimi Hendrix when I was 13, 14, 15. I’d listen to him all the time and I would collect coins from anywhere that were from ’70 or earlier. People at school started to think I was a coin collector and they’d give me all these old coins. I wouldn’t tell them! They’d be like ‘Hey man, here’s a nickel, it’s from 1949, here you go!’ and I’d just say thank you. I think I was afraid to tell people why I was doing it because I thought they’d think I was a freak. Now I’m proud of it! Jimi Hendrix you know, he’s the man. Such a soulful, lyrical musician, his improvising… He’s part of the blues lineage but he’s tapping into something that’s so primitive and futuristic at the same time. It’s timeless and it’s amazing.

How did you feel about being described as “the hippy D’Angelo”?
That’s something that one of Nat Baldwin’s friend said. Hopefully that won’t stick for ever! The hippy part, I mean. I don’t necessarily like being called a hippy, I’m sure I look like a hippy but I’m not a hippy!

Well people might make the assumption considering the Hendrix obsession.
Yeah, I guess so, maybe you’re right. Jimi Hendrix though, the hippies loved him but his music is beyond hippy-dom.

Finally, what about the “being materialistic as a cure for depression” line? Do you feel like that’s something you can relate to? Are you materialistic?
I think I am! I’m not proud to be and I don’t have many belongings, just music gear basically! I don’t have any money and I don’t have much gear or very nice gear, but when it’s the middle of the wintertime, I’ll find myself scanning eBay or Craigslist for things now and again and fawning over some microphone I’ll never be able to afford. So there’s a song, ‘Transition Possible’, that talks about that kind of stuff. In this day and age, with the computer and the internet, and everything right in front of your face, with Amazon where you click a button and ‘Oh, it’s at my door!’. It’s like ‘I don’t feel good right now, I’m going to buy that’. I can succumb to that but I’m not proud of it!

I Don’t Want To Die is out now on http://nnatapes.com 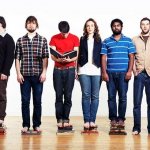 Previous
Hey Rosetta – Precisely Those Moments Worth Screaming About 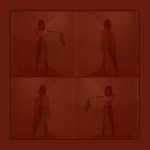 Next
Laura Sheeran – What The World Knows