Peter Broderick’s forthcoming EP (Colours of the Night) Satellite (Bella Union) is essentially a preview of sorts of his next full-length record (to be released spring 2015). He hasn’t released any solo work for a little while, due to various factors, including ill health, and this record is a slow-burning statement of reflection and hope, beginning with a folk-infused whisper and ending in a kind of sensuous scream.

In the last while he has moved back to Oregon from Berlin, and has said that his new work is about reconnecting to a sense of his roots, and “American-ness”. He has spent many fruitful years in Europe, first in Copenhagen, when he went to collaborate with Efterklang, and then in Berlin, where he made more friends and collaborators including Nils Frahm, and Dustin O’Halloran.

A multi-instrumentalist, Broderick is an exceptional musician and composer; intuitive and instinctive, his talents have been harnessed by a diverse set of people, from sound artist Machinefabriek (who he worked with on Blank Grey Canvas Sky in 2007), to dancer Adrienne Hart, (Falling from Trees in 2009) Nils Frahm (Wonders, 2011), and this year’s collaboration with The Album Leaf – Never Held a Baby.

His loose, warm receptiveness to collaboration is borne from years as a session musician with artists like M.Ward, and Dolorean, among others, and working on recordings with artists such as Greg Haines, Clint Mansell, Yann Tiersen, and Sharon van Etten.

Used to performing live and serving other artists’ vision, this is the first time Broderick has performed with a band of his own, and he’s enjoying every moment, as he tells Siobhán Kane.

You have previously said that you would love to score a film by Miranda July – what is it about her work and worldview that resonates?
I think it’s her sense of wonder and curiosity. And I love how she has experimented with so many different art forms. The title of her last book is It Chooses You – I love this view of things choosing you as opposed to you choosing them. We really have so little control.

I am inspired by your ability to take a leap of faith; it anchored your move to Denmark all those years ago to work with Efterklang, it meant that you made Berlin your home for many years, and it has led you back to living in America – do you think you had to learn to let go, or have you always been a risk-taker?
I think to a certain extent I’ve always been that way. But the chance to join Efterklang was obvious to me . . . it was a dream come true. There was no way I could say no!

You were in Dublin last year with Efterklang performing as part of their beautiful project and record Piramida. There seems to be a strong bond there.
Those guys are my heroes. And some of my best friends. At the moment I’m not too connected with them since I’m living back in the States and more focused on my own things . . . but I feel like we’ll always be connected in some way. For instance, they recently started a very cool online radio platform called The Lake, and when I play in Berlin later this month they’re planning to record my show and stream on there.

Over the years, I had almost forgotten your American roots, because you have been so synonymous with Europe, living in Denmark, and then Germany – perhaps it is also because it seems that in Europe you really began your musical career in earnest, what are your thoughts?
It’s true, my career in music really began when I moved to Europe. And at that time – 2007 – I really felt that the European music environment was more fitting for me. I was kind of ready to leave my roots behind! But over the years my American-ness has snuck back up on me. I certainly view [America] differently now, with the perspective of having lived in Europe and travelled around the world for the last 6-7 years. I really love it though . . . not that it’s a perfect place . . . but it feels like my home – much more so than Copenhagen or Berlin ever did. It’s been great to reconnect with my roots.

Your work spans so many instruments, from acoustic guitar, to strings, but I think of you in relation to the piano, because it seems you are as much in thrall to its mystery as ever – what do you think?
Well, I’d say four or five years ago I might have agreed with you, but actually it’s been a while since I’ve been able to regularly play the piano. I’d love to be able to play more, but at the moment I don’t really have access to one. My piano is still in Berlin unfortunately. These days my voice is the instrument I feel closest to . . . and that’s something that would be hard to lose access to!

Do you feel when you recorded Home, that there was a conscious shift musically, that you were trying to test yourself? It’s there on Float, but seems even more pronounced on Home.
I had already recorded Float, which is mostly instrumental and based around piano and strings . . . and when I started playing live, I found that I didn’t want to play sets of only instrumental music. I wanted to sing folks songs too. So I recorded Home to try and represent that other side of my live shows, and I made a rule for myself not to use any piano or strings. I wanted to see how far I could go with other instruments, primarily voices and guitars.

I loved your work Falling From Trees – did it help to have certain boundaries mapped out for you? That this was to be in seven sections for the work of dancer Adrienne Hart? It must be so thrilling to see the body responding to sounds you have created for a specific purpose.
Yeah, I tend to work well with constraints. It helps me to have a framework to create within. I enjoy defining that frame and then trying to push the walls of it.

What have some of your favourite collaborations been? I can’t help but think of your work with Nils Frahm – I wondered if when you met each other you almost turned into pillars of salt, as there is such sympathy between you both as artists.
Nils and I certainly had a very special musical connection for a while. I think it was a pretty magical time for both of us when we first met. Recently I had the chance to work with an artist I’ve been following for many years, and always dreamed of working with . . . Félicia Atkinson from France. I always imagined her working process to be very intuitive and free, and working together with her really felt almost exactly as I imagined it would. So playful, so free.

That’s how it seems in relation to your work with Dustin O’Halloran – I know you had admired his, and Adam Wiltzie’s work, and then ended up working with them on A Winged Victory for the Sullen, as well as Dustin’s solo work – how were those experiences?
Great! It’s an honour to be able to work with people you’ve admired for many years. And to find out that they are wonderful people only adds to the depth of their work for me.

I read a piece where you said that your music is often associated with melancholic thoughts, and that you often “start with a rather troubling idea as a basis for creating sounds” – do you think this is still the case?
I definitely think that music is a therapeutic thing for me. I often use it as a way of working through difficult times. And I’m amazed by the process of taking something terrible and transforming it into something beautiful.

This is your first tour with a full band – how does that feel? You have been so used to being part of someone else’s full band – and now you are the bandleader.
Yes! It’s certainly taken some getting used to . . . being a band leader… but at this point we’re about halfway into the tour and I’m absolutely loving it! It really frees me up to focus on singing . . . and sometimes I just let the band play and look out and smile at the audience, or tell a story, or jump off the stage and start dancing. I’m loving it.

What are you listening to, reading, and watching?
For the last four shows we’ve had a lady from Sweden supporting us called Sumie. I’ve been really blown away by her album – the only one she’s released, which came out late last year. And I have three books with me on this tour: Cloud Hidden, Whereabouts Unknown by Alan Watts, Tao Te Ching by Lao Tzu, and Lonesome Traveler by Jack Kerouac.

What projects do you have coming up?
When I get home from this tour I’ll be working on various recording projects in my little studio, which is called The Sparkle. There are several records I’m in the midst of recording at the moment, including Chantal Acda, Shelley Short and David Allred – all amazing artists! I’ll also be scoring one film and a documentary television series over the winter. Other than that, I’m just working on cultivating my home life back in Oregon. I’d really like to learn more about gardening! 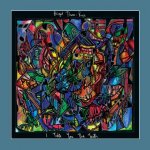 Previous
Brigid Power-Ryce – I Told You The Truth 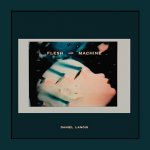 Next
Daniel Lanois – Flesh and Machine