Lau – You Need An Outsider To Tell You Those Things

Siobhán Kane talks with Martin Green of Scottish folk innovators Lau ahead of their Friday night gig in Whelan’s – which you can win tickets for right here.

Kris Drever, Martin Green and Aidan O’Rourke make up Lau, who have evolved into one of the most interesting and protean live acts at work, since their inception in 2005. While they are rooted in the folk tradition, the last few years in particular have illustrated how varied their musical interests are, and how they can sometimes morph into brilliant musical adventures; for example, through their collaboration with Adem on 2011’s Ghosts, or through covering The Beatles’ ‘Dear Prudence‘, for a revisiting of The White Album with MOJO in 2008.

It is a richer reimagining of the capabilities of folk and traditional music, illuminating the generosity within that form, and you can sense the real stretching of their abilities from their debut Lightweights and Gentlemen (2007), to 2009’s Arc Light, and most recently this year’s Race the Loser, which benefits from the production work of Tucker Martine, and an exploration of electronica and ambient.

Yet while they explore this less-obvious terrain, they filter concerns that have more historically been aligned with the folk tradition, such as the strain of vanishing industries on communities, something a song like ‘Saint Monday‘ renders poignantly, because they acknowledge that while it is important to forage for new sounds, it is equally important to honour the history and preoccupations of the form they have emerged from, and which remain both topical and timeless. Siobhán Kane talks to Martin Green.

When you all started working together, what cemented the feeling that there was something inherently special at work? How did it all come about?
When we started, it was really because we wanted to play tunes together with a little element of warping, but none of us thought it would become a full time thing. We were all playing with other bands and making a living from that, I was surprised – and of course very pleased – at how positive the reactions were when we started playing out in public. It was after a few gigs for us that I think it seemed like there might be real mileage in the band.

You had all been involved in music beforehand – what have some of your most interesting experiences from the Scottish traditional community been?
I had played a bit with Eilidh Shaw in a band called John Rae’s Celtic Feet, which was a fascinating Scottish trad/modern jazz crossover affair from Edinburgh. Working with that band was one of the things that drew me up to Edinburgh, the scene there was, and still is, so inclusive, and I loved that idea. It was not until playing with Lau though that I got to meet some of the older “heavyweights” of the Scottish traditional scene, and not long after moving to Scotland I went to see the piper Allan MacDonald playing a gig, and that was a pretty mind-blowing experience.

Are there any particular traditional musicians that have had an impact on your own work?
In piano accordion terms, I learnt that there could be beauty in the instrument from players like Karen Tweed, she has been a huge influence. In terms of attitude and expansion of tradition, Martyn Bennett is still to be bested for a certain sort of genre crushing.

Race the Loser evidences a real interest in electronica – it is a beautiful conflation – was it a very natural exploration for you? When did your interest in electronica begin?
My older brother is an electro-acoustic composer, he exposed me to all sorts of music from an early age. When I was in my late teens I start using a small MIDI sequencer to work out tune and parts for the folk band I played with at the time. My brother taught me about MIDI, and persuaded me to buy a sampler, and that was really a big moment for me – that you could create your own palette of sounds from recordings, I still find that genuinely magical.

Another record I thought of in this vein is the King Creosote and Jon Hopkins collaboration – Diamond Mines – which was an interesting mingling, and Kenny spoke about his work with Jon as really illuminating, folding in a less-obvious soundscape for his voice, in a way he hadn’t thought of himself – did it partly feel like that working with Tucker [Martine]?
Tucker has great taste in electronica -we think!- and had a lot of experience recording things with electronic elements. One of the things that was invaluable was his ability to tell us what sounded like two different bits of music playing at once, and which electronic bits where making the music we were making more powerful. I think you need an outsider to tell you those things.

How did working with Tucker come about? And how did you find the experience?
I had played some shows with his wife, Laura Veirs at various times over the last few years. All of Lau are Laura fans, and we love the sound of her records, which are all produced by Tucker. Our sound man Tim, himself a great musician and socio-musical catalyst, was on tour with Laura and Tucker and set up a meeting for us in London. As for how it was? it was f–ing marvellous, a gentle genius who knows no fear and makes great choices.

Have you ever struggled with translating the spirit that is present in your live performances onto record? I often wonder about this, particularly with musicians that work amid folk and traditional music – because the moment of inhabiting the song is such a sacred thing, which becomes so obvious live.
Sometimes it’s hard to gauge – what feels exciting at the time, often sounds overplayed on a record, and likewise, what feels subtle at the time is sometimes unnoticeable on a record. Lau is definitely a band that records best when we all play at the same time though, not lots of overdubs.

It must be quite surreal for you winning the BBC Folk Award for the last few years – has it made some things easier for you at all?
It has been really useful professionally – especially abroad. The BBC carries great respect internationally, and so, having an award that says that some people like what you did has really helped us get work. It’s like someone people trust vouching for you.

Your work is so collaborative – the form is generous – one of its central tenets, I suppose – was it very natural then to do a collaboration with people like Karine Polwart [Evergreen], and Adem [Ghosts]? And how did those collaborations come about?
Karine is a good friend, and at one time or another all three of us have played in her band and on her records. It made a lot of sense to work with her, as we have a lot of common musical background and we all love what she does. Adem is a friend of Tim the sound man, and we were keen to do something a bit more experimental/electronic and Tim suggested Adem.

On your new record, there is a really interesting percussive element – something like ‘Far From Portland’ emerges like a little star, there are so many new elements emerging in your recent work. How far do you think jazz has influenced your more recent work? There is often a looseness to the way you collaborate and perform that puts me in mind of jazz.
The band I mentioned previously, with jazz drummer John Rae was part of a whole attitude in Scotland, especially in Edinburgh, of folk/jazz collaborations. For the tradsters we found a new way of extending form and moving away from always playing the tune. I think the cross pollination has not been so much melodic or harmonic as conceptual, that it is okay to take space to explore, even in the middle of a gig. A lot of trad players, in Ireland and Scotland now are keen to look at this, it’s not about using jazz licks, it’s about extending what you can make with the tone and style you already have. But then just go and listen to Tommy Potts, this is hardly a new idea.

How did your four-day festival – Welcome to Lau-Land go? It seemed like a natural progression – how did you find the whole thing?
It was a lot of work, but we’re happy there is work to do, so no complaints there. It was a much more warm and tingly experience than I had expected, to be honest. We loved the idea of curating a week and choosing the bands, but the whole thing felt great, and I’d do it again in an instant. In fact we’re going to, we loved it, so we are doing another one in May, and then who knows? Lau-Land Ireland anyone?

Lau play Whelan’s on Friday night – if you’d like to win a pair of tickets just send an email to [email protected] by midday on Friday with LAUTICKETSPLEASE as the subject. 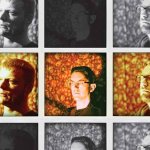 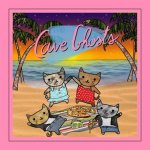