John Vanderslice – There’s A Certain Nihilism In Too Much Choice

Ahead of his gig in The Dublin Unitarian Church this weekend, Siobhán Kane spoke with John Vanderslice about writing, the recording process, collaboration and communication.

Ahead of his gig in The Dublin Unitarian Church this weekend, Siobhán Kane spoke with John Vanderslice about writing, the recording process, collaboration and communication.

John Vanderslice began his musical journey early, playing with several bands as a teenager, before settling for a few years with San Franciscan band Mk Ultra until they broke up in 1999. While playing with the band he developed a love for analog, and set up the well-regarded Tiny Telephone recording studio in 1997, which has hosted bands such as Deerhoof, The Magnetic Fields and Okkervil River, who have benefited from the nourishing environment he has evolved. His own work has grown in stature and strength; from early records such as Mass Suicide Occult Figurines (2000) and Time Travel is Lonely (2001) to Cellar Door (2005) and 2007’s majestic Emerald City, Vanderslice surveys a life less ordinary, state of the nation stories and poetic bloodletting, producing music that treads between a ferocious kind of folk, and an urgent brand of rock with classic pop at its core.

This year he released White Wilderness, with Minna Choi and her Magik* Magik Orchestra, which was something of an inspired challenge, since it was recorded on the fly, in three days, outside of Tiny Telephone (in Berkeley). The whole thing is quite beautiful, with Vanderslice’s vocal sounding quite frail, and framed and perhaps, balanced, by Choi and her small orchestra, which is particularly evident on a song like ‘Overcoat’ which is a lovely, melodic gem. It proved once more than he can go just about anywhere sonically, and still retain his trademark conceits; precise lyrics, depth of vision, and the sense that all that is necessary is to be found in the painstakingly crafted details, with his newest project adding another aspect to his ever-growing musical lexicon.

It also serves to reminds what a great collaborator he is, and how collaboration is a huge part of his musical evolution, from producing Spoon and The Mountain Goats, to growing a positive accessible culture around analog recording and processes, Vanderslice is a truly gifted and generous musical practitioner, with more inspired projects to come. Siobhán Kane talks to him.

Your lyrics are always so perceptive, it seems you often write your way out of situations where possible, if that is possible, whether it is 9/11 or love. I wondered what the background is to White Wilderness, and how do you think it differs in process to your previous work?
White Wilderness started out as an experiment in pure autobiographical writing, every song is mostly, a very true experience. I wanted to write another very apolitical record, like Romanian Names, as I had previously written a war trilogy, and things were getting heavy.

You worked with Will Sheff, Colin Meloy and once more, John Darnielle on the record – how was that experience?
The record was recorded so quickly, I think we were just running around trying to make it work. It seems like a blur, setting up mics, rehearsing, checking arrangements. It was very intense! I love working with John, we share many, many traits, but the most striking thing is how similar our senses of humour are, we’re both pretty dark and abstract.

John Darnielle and The Mountain Goats seem very special to you. Even through the fact that your first solo show was opening for Mountain Goats in San Francisco. It has always seemed that you have always helped each other. In some ways, elements of Fate seem to have been at work, but it also seems in some ways necessary for your own growth as a musician, as your friendship has been to him, what are your thoughts?
Yes, we’ve been incredibly supportive to each other, and it has gone back and forth quite a bit. He took me to Australia, I got him an accountant. We’ve helped each other with dozens of different things. He has been very necessary for me becoming a better lyricist. I think I helped him move from a boom box recording phase to recording in studios.

You moved from Barsuk to Dead Oceans – a risk in a way, but leaps of faith seem to have been a theme of your life. Was it difficult to move away from the Northwest scene?–as there seems to be a real sense of community there – lots of radiant relationships.
Yes it was really hard! I’m still very close to the Barsuk bands, I had lunch with Matthew Caws from Nada Surf a few days ago in Barcelona, but Dead Oceans was a very inspiring move for me.

Tiny Telephone has also evolved that kind of radiance in terms of its relationships, some of my favourite bands have recorded there, from Deerhoof to Okkervil River – how do such things come about? Is it that they approach you, or do you find yourself sometimes being quite evangelical about analog music?
They usually approach me, I am very low key in how I sell the studio, but I am very out there in the world. I had seen both bands play tons before they came in to the studio. I’m a known quantity and a peer so it makes it a lot easier for bands to feel at peace here.

Please tell me a little about Minna Choi’s house orchestra at Tiny Telephone – is it true that it all stemmed from an email, how does it all work? You seem to respond to directness.
Yes, it all started from a wonderfully audacious email. She is bold and very direct, I’m the same way. How could I say no to a house orchestra? I do love directness and cutting through the white noise.

How important is space to you when you are both recording, and performing live? What are some of your favourite place to perform, both in terms of geography and venue, and why?
I love Phoenix and Salt Lake City, wonderful, great, knowledgeable crowds. I love the Pacific North West. I always have good shows in Germany – there’s very few places I don’t like to play. Japan was probably the most intense experience. I just had a run of very good solo shows in the Southern US, people are good everywhere. There are about two dozen clubs I’d love to avoid if possible! 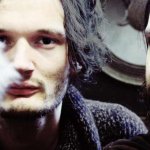 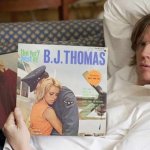