J. Rocc – Making Something Out Of Nothing

Ahead of his Dublin gig this weekend, Siobhán Kane spoke to J.Rocc about Doom, Girl Talk & country music.

Beat Junkies turntablist, Madlib DJ & now Stones Throw solo recording artist J.Rocc is back in Dublin this weekend for a gig at the Sugar Club. Siobhán Kane chatted to him about Doom, Girl Talk, country music & Secondhand Sureshots. We’ve got some tickets to give away for the gig, courtesy of those nice Choice Cuts people – details of how to enter are after the interview.

J. Rocc or ‘The Funky President’ as he is often known, also goes by the name Jason Jackson, who grew up obsessed by records in Orange County, California. Indulged by his parents, his collecting of records opened up his imaginative world, and would form the template for his life’s work. In 1992 he formed The Beat Junkies, which included the brilliant DJ Babu, What?! and Shortkut, and the crew would go on to dominate the DMC’s and ITF’s respectively, redefining what the turntable could do, approaching it as an instrument, and gaining international recognition along the way.

However J. Rocc’s career as a DJ started seven years before The Beat Junkies with the group PSK, where he gained an apprenticeship of sorts. His unusual take on DJ’ing – the inventive, clever, seamless mixing over genres and rhythms has seen him hailed many times as the world’s best hip-hop DJ, and in that role, over the years has toured with everyone from Mos Def to MC Supernatural. However, his mixing and production skills have also been put to good use over the years, working with the almost otherworldly talents of J Dilla and Madlib (who continues to be a close collaborator).

In 1999, Babu and J. Rocc were approached to produce Soundbombing II by the much-lamented Rawkus Records, which went on to become one of Rawkus’ most successful records, and in the same year J. Rocc released Live at the Sex Machine, which illustrates what would become known as the ‘Beat Junkie Style’, essentially a subtle mix of breaks, hip-hop and reggae, but it was just another gem in a long line of brilliant mixtapes.

In some ways, J. Rocc has been so busy working with other people, it has taken until now for him to finish recording his own full-length record, though his influence is so widely felt in others’ work. He signed to Stones Throw in 2005, but has been involved in several other interesting, time-consuming projects such as Keepintime and Brasilintime, which introduced certain DJ’s like Cut Chemist, J. Rocc, DJ Nuts and Babu to the drummers who created some of the original breaks they often use; drummers like Earl Palmer, who has worked with everyone from Little Richard and Frank Sinatra to Tom Waits, Count Basie and Dizzy Gillespie, but as you can see from the films, J.Rocc’s almost academic approach is about keeping things in time as well as real. Siobhán Kane talks to him.

J Rocc – Play This Too by stonesthrow 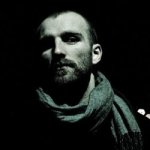 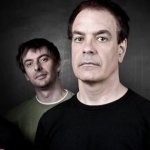 Next
The Wedding Present – Lost Your Love Of Life?