Friend? – In It For The Right Reasons

Friend? are a five piece instrumental rock band from Dublin, who have just released their debut EP on the Eleven Eleven label. Mark, Josh and Dave from the band sat down over a cup of coffee to have a quick chat about how things are going for them, their plans for the future and the current climate of making music in Ireland.

So, tell us about this EP?
Mark: Making the EP took quite some time, that was the first thing. We needed to get something done and we kind of went to do it, I think, a little bit ahead of ourselves, it would be fair to say. I wasn’t in the band that long and a lot of the stuff that I had written, when we went back to finish it, I wasn’t happy with and it did kind of seem, from my part, kind of a rush job. You know when you go to do something in that particular environment and that kind of place, you want to get the most out of it and that takes time. It’s grand if you’re Muse and you got fifty thousand to spend on a month there but we didn’t have any money. We kind of planned to have it released in summer of last year but we were better off just waiting and taking our time and getting everything fine tuned. When we went back in we were in a much better place to do it.

Josh: It gave us time to develop.

Dave: It was definitely a backtrack that had its pros and cons.

And have you been happy with the reaction it’s got so far?
Josh: Surprised, hugely surprised. Everyone’s been really kind about it.

And how was the launch?
Dave: The launch was a lot easier than we expected to be fair, which was a real relief.

Josh: The turn out was incredible, really unexpected. They turned a hundred people away at the door.

Mark: I think, with the nature of this band, with everything we’ve done there’s been some element of last minute panic. Or maybe I should say last minute preparation! But like, last year we were getting t-shirts done and Dave was cycling around Dublin with a box of t-shirts on his back and we were trying to get up to Knockanstockan to play. And the EP launch was like that as well, I mean we got the EP covers printed the night before, we got the mastered version back from the Masterlabs in LA at twenty past seven and we burned all the CDs downstairs in the Workman’s club while the doors were open. Given that, it was just the relief that when we played the gig we actually enjoyed it so much because we weren’t even thinking about the gig.

Dave: I think we all thought that morning that there wouldn’t be merch at the table until afterward, and we wouldn’t get to see Overhead, the Albatross who were awesome at the launch too. But it all worked out.

Mark: I guess it was kind of a mixture of surprise at the turnout and then the reaction too.

What are your plans for the summer now?
Josh: Festival, festival, festival. I think we’ve got a couple of things booked that we can’t talk about yet. And we’d like to get into the studio again before the end of summer.

Mark: Yeah, just get a couple of things done that never really made it beyond laptops. Maybe show some of the more electronic side of things. We’d like as much time to jam as possible and then go out and play some nice festivals and then maybe in September get over to Europe, stoke the fires a little over there, See if we can get someone to put us up in a chateau!

It’s kind of unusual to see a violin so prominent within your kind of sound. What’s it like working with that?
Josh: We’re very lucky, we’ve very much landed on our feet with our violinist. She’s also a classical pianist and a producer. She’s playing with us now and she’s just perfect.

Dave: Even down to guilty pleasures, she has perfect taste in music, what we all would listen to. So she’s really great to jam with as well. Really, the closer the better to our original violinist who originally arranged a lot of the existing parts. She’s going to move down soon.

Mark: Yeah, she’s going to move down from Belfast and we’re going ruin whatever it is her life consists of now, drag her Dublin, make her play in a room with us. At the moment she comes down at weekends, she comes down for the gigs.

Has that always been an important aspect of your sound for you?
Mark: Well, we didn’t actually strictly start off with it. We’re even trying to sort of step back from it in a way. I mean, even with the line-up changes and all, we have always sort of been writing for the violin lines, even subconsciously. Like, even when we were in Grouse Lodge and Ken, the engineer there, was recording the final part of one of our songs he was like “No, that doesn’t make any sense!” but then he heard the violin parts and it all fell into place. Now, when you have someone who is incredibly confident and a superb all-round musician, you just want to give them that room. I mean, they could be standing on a box playing ‘Eruption’ you know?!

Josh: I think in the past, with the way the violin lines are written, we just shoved a whole bunch of really busy guitar lines and she worked around them. Now, for the next batch, we want to start writing with it in mind and basing things around the violin. It will be more subtle.

Dave: Which is why Rachel is perfect, because she already has stuff done that she works on herself. We’ll have for the first time someone who is bringing us piano parts and violin parts that we can work with.

Josh: Yeah, it’ll be the first time we’ll have a violinist who can really contribute on every level.

How do you feel about instrumental music in Ireland at the moment? It seems to be going through quite a purple patch.
Mark: We go to a lot of gigs in Dublin and seeing bands that are doing things so incredibly well, like you’ll be playing something and you’ll say oh shit, that’s 3 Epkano or Enemies did that two years ago! So it’s really cool to have that around you and to be into that kind of collective, because as much as it influences you, it also cautions you a bit, makes you be a bit different.

Josh: The fact that there’s such a huge variety in instrumental acts in the country in general now is great too because before you were either one way or the other, but now there’s genres popping out left right and centre. It’s so vibrant, it’s nice.

Do you think there’s a reason for that?
Josh: Everyone’s fucked, no one has a choice!

Mark: I think music here is as strong as I can remember but then again, that could be just down to my personal taste. I know people who seem to be really interested in music and when it’s right under their noses but they won’t check it out, but I think the bands are doing really well and the labels are much better, the likes of Richter and a few others who are working really hard to get bands out there. It’s not like you’re walking up the street and seeing a poster anymore, you’re hearing them on the radio and you’re seeing them at good festivals, they’re getting real exposure. I’m sure a lot of people have gotten into local music on the basis of seeing a local band supporting a bigger band and that’s happening now because the labels are working really hard and the bands are really involved. That whole DIY ethos has always been there, there’s always been people who are really good at it, but I think it’s a part of every label now. I think if you promote something in the right way and you’re passionate enough about it then you’ll get that response and I think that’s quite an effect. I think that’s definitely got something to do with it. People aren’t expecting to make money out of it now. I mean, a few years ago, everyone was into mini festivals and battle of the bands that bring all your mates to pay a tenner in and the bands who gets the loudest cheer goes through to support Aslan in a pub in Wicklow. Now it’s like people are actually going out and are really, really interested in seeing the bands. People are in it for the right reasons now, no one’s looking for fucking stardom or anything, people just go out to enjoy playing music and get a response.

Friend? play Crawdaddy on May 26th. 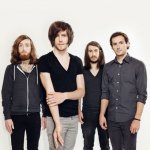 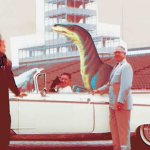