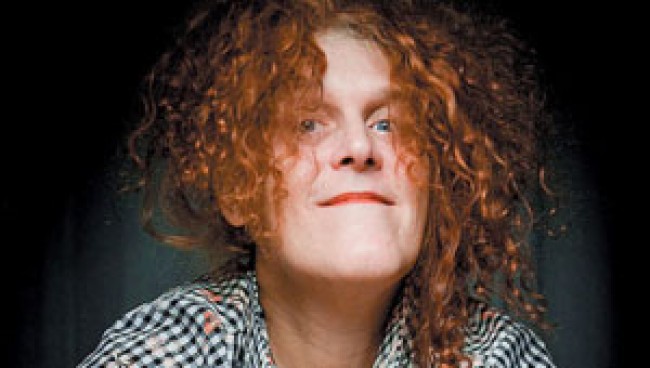 Laurie Lee’s understanding of love (as written in his essay ‘Love’) resonates with Baby Dee, ‘born, we are mortal, dehydrated, ordinary; love is the oil that plumps one up, dilates the eyes, puts a glow on the skin, lifts us free from the weight of time’, and time can dictate so much, but as Baby Dee herself puts it on ‘Black But Comely’ – ‘set a seal on your heart, as a seal on your arm/for love is stronger than death’. This desire to upset certain ideas of what love can be, and the powerful sentiment that there are no limitations to real love is what drives Dee’s music, which, often composed on piano and harp and sometimes accordion, is the product of a heart wrung out, but still gasping. Her work from 2000’s Little Window to 2008’s Safe Inside the Day is reminiscent of a different time, perhaps in part because it is so original, true and anchored by innocence. Dee’s tenderness is what overwhelms, and the intimate atmosphere that she weaves through her work serves as a reminder that all is not lost, and even though struggle is inevitable, it is ultimately a small cost for the promise of more.

Her new record was essentially written in 2002, released in book form in 2004 on David Tibet’s Durtro label, and finally arranged and produced by Maxim Moston last year who describes himself as being “floored” when he first heard the demos and the purity of them, which were “stripped of all excess”. The language of Baby Dee is love, and the land that she hails from is a place called “and yet” as she says herself. This record is about the lover and beloved, and the mystical space that is inhabited once you allow yourself to access it, the Mansion of Many Apartments as Keats would have it, compelled into the ‘Chamber of Maiden-Thought’ where we become ‘intoxicated with the light and the atmosphere….we are in a mist, we are now in that state – we feel the burden of the Mystery’ – Baby Dee talks to Siobhán Kane.

Was it almost frightening revisiting work from those years before? Did you feel differently about the work?
It wasn’t that I was frightened, but at the time I had this crazy idea that for a song to be good, it had to have a life of its own; it had to fly away. So I had this crazy idea , that I didn’t want to be the person who gave it a definitive version, I wanted other people to take those songs and give them a new life. I have always felt like such an island, that I felt it was the ultimate communication, to feel that I am not the only person in the world to feel this way. And you know I didn’t even try to make those songs mine, I didn’t even think I could do it, I didn’t think I had the patience or skills to dress them up properly. It was all done in a slapdash way, at the time as well I was a little bit nuts, a little bit screwball, off my rocker, and I had never really got what I wanted.

But then Maxim Moston took that idea and put it into action.
He did, he offered to work on it. I had written a song for Antony that he has sung live a number of times, but not recorded, and Max orchestrated the song, and then through that we became friends, and he played violin on my last record. So we knew each other, and I knew he liked my music, but I didn’t expect him to say yes and it didn’t look like it was going to happen, me finally getting my way, but it worked out. He has done so much good with it.

How has it been taking this record out live?
Having done the thing with Max, it kind of reinvigorated the songs for me and right now I am playing with a young cellist called Matthew Robinson which has had a lot of impact, and have been rehearsing with a double bass player who is a local kid from Coventry [where the Tin Angel label is based] Joe Carvell, and every time another person takes it on, tries to understand it, it breathes new life into it, it makes it alive.

A sense of community, and the nurturing that can be found in community seems hugely important to you.
I am very lucky, and you know it didn’t come to me until late in the day. Rich [Richard Guy] essentially put together my first band a couple of years ago, and it has been the most wonderful experience. I am also touring with Emmett Kelly who is this wonderful guitarist and singer from Cairo Gang, he sings really beautifully, at the gigs it is not going to be a regular thing, I am going to play as part of his band first, it’s so great. I think it is going to be a great tour.

Was it through Drag City that you met Emmett? The label has always been so supportive of you.
Yes, I met him that way, it was when I had a show in Chicago, and the label hooked me up with Emmett and we toured together in the States. He plays a lot with Will Oldham, and they just actually finished Will’s next record which should be out in a couple of months, Will wrote the lyrics and Emmett wrote the music.

Since you were last in Dublin, how have things been? You seem to have been hibernating and working so much.
It has been great. I got to be home a lot which was wonderful, as I have this most beautiful piano at home, and home is Cleveland, Ohio, which isn’t exactly the centre of the music world, but people are coming to it! I just finished recording another album there, which will probably come out late in the year, which Andrew WK produced. It’s actually his piano that is in my home, his Steinway, which is the holy grail to me. When he moved into his high rise apartment in Manhattan,and signed the lease,he discovered that he couldn’t move in his piano, it was impossible, so I am babysitting it. He then came and recorded his own record of piano music, and then started work on my album in my house, and Andrew now just has to mix and edit it, my work is done. We also have a thirty piece marching band on it, called Mucca Pazza which means ‘mad cow’ in Italian, they are wonderful, and wear uniforms, though none of them match. Mark Messing is their director, and plays sousapohe, tuba and also brought their percussionist along – John Steinmeyer who played glockenspiel and this interesting vietnamese percussion instrument called a Danmo, it’s almost like a glockenspiel that Pee-Wee Herman designed, because it has these bendy pipe cleaners, it is so funny looking, it’s like this wooden tuneful block and it’s just hilarious.

Do you think that instruments retain a sense of memory, in the same way that sometimes buildings do, and certainly people?
Oh yes, my God, yes, especially when you have a big beautiful Steinway piano. Sometimes a magical thing happens when you are using a cello, and the sound of the cello gets inside the piano and stays there, it is a weird thing, you are sitting there, the cello stops, but you can hear it within the piano, it is not a subtle thing at all, it is really uncanny, you have to almost look to see, otherwise you would swear up and down that the cello is still being played. That only happens with a really great piano. It is completely miraculous, sometimes it can happen in your head, also.

So much of the tenderness of your music is contained within the words, and the imagery is often so rich and reflective, for example, from ‘Black but Comely’, ‘I’m not a tree of sticks, no, I’m not a tree of sticks/But a forest of hemlocks and beeches, of waters dark as wine from boundless reaches’, does a song always start that way for you?
Words come first, if I write a piece of music that doesn’t instantly have words, then it ends up being an instrumental, it doesn’t end up taking on words. I am not at all disciplined you know, I don’t write every day, I write about something if it needs to be said – I am always at the mercy of myself.

Your songs are so intimate, then performed with such abandon, and are often about the complex subject of love, but you are a real believer, aren’t you? That the pursuit is ultimately worth it?
It’s like, songs are like people to me, and people fall in love and go through shit together, or apart, and at some point in certain relationships the person you once might have been in love with can’t do a single thing that doesn’t annoy you, that happens a lot, and it can be hard to admit that, but you can survive experiences like that, and know there is more out there, it doesn’t have to be that way. The whole point of all of these things is to get to a better place, and love is not much good unless it comes out at some point as kindness. I believe in true love, though it’s hard to go after it. I had to really think about this, because I had to meet his wonderful man Nathan, who is doing press for this record, and we talked about this very point, and I think that no matter how fucked up everything is and you can go to the nastiest places, and so much is imperfect, essentially love never stops being accessible to us, though we may have had really bad experiences, real love is still possible. It might seem plain stupid, but I’ll keep being stupid then.

‘Book of Songs‘ is out now on Tin Angel.

Baby Dee plays Crawdaddy on Friday 26th February and we’ve got three pairs of tickets to give away – email [email protected] by midnight on Wednesday 24th February to be in with a chance.

Previous
Young Hearts Run Free – We Love… The Kick Inside