Carl Jung, Will Oldham and dodging beers at The Talking Head – Siobhán Kane talks to Dave Heumann of Arbouretum.

Arbouretum have been producing music for almost a decade now. In that time, there have been five records; Long Live the Well-Doer (2006), Rites of Uncovering (2007), Kale (2008) (a collaboration with Pontiak), Song of the Pearl (2009) and last years The Gathering, all under the watchful eye of Dave Heumann, who constantly stretches the boundaries of what might be expected from a folk rock band.

Over the years the band’s sound has evolved, with The Gathering expanding their remit even further, making great use of Matthew Pierce’s percussive talent, giving the record a kind of verve, providing a lush quality to their folk-infused sound. Yet there is also a lushness to Heumann’s voice, though it is weathered and beaten, like a tired romantic, and it soars, whether beautifully covering Jimmy Webb’s ‘Highwayman‘, or on the droning, fuzzy ‘The White Bird‘; and his musicianship has been crafted through various collaborations and spells in the touring bands of artists like Will Oldham and Cass McCombs, fellow tired (but unbeaten) romantic souls, Siobhán Kane talks to him.

One inspiration for your latest record is noted as The Red Book by Carl Jung, but you were working on many of the songs before, so it seems strangely mystical that it came to your attention in the midst of recording, almost like it was sent to you, somehow. You have always been quite philosophically minded, what in particular about Jung’s book and that particular piece of work drew you in?
Well, I first became aware of the book a couple of years ago when it was published, and had bought a copy after the band was already playing some of the newer songs at shows, so it’s true that these things were more concurrent than consecutive. It was never a very conscious thing, like “I’m going to read about this stuff and use the ideas in songs for a new record”. I’ve never worked in such a manner, where the entirety of the process is concept-driven. It seems it’s so much effort just getting a song to make sense within its own boundaries, that to try and make a series of songs that all tie in with each other somehow would be a task I’d easily get bogged down with. How it came about was like this – one aspect of life that was capturing my attention at the time was working with a couple new people in the band and really feeling like there was a balance in the energy of the people involved, which led to my getting excited for the possible directions I could see us going toward in the music. Then there was another aspect, which was a more personal thing relating to a shift in philosophy away from a doom-based, apocalyptic mindset, back toward something that was more expansive and life-affirming, which was there before but somehow I’d strayed from. And in the midst of that, but not as a centerpiece, was this narrative that I found compelling relating to Jung and The Red Book. So these things worked together in tandem without clear-cut lines of causality. It was in fact, only in retrospect that I was able to cite the Red Book as an influence, and when I did, I was well aware that it wasn’t the whole story, just a signpost of sorts.

There are so many influences, it seems like the most complex record you have created so far, can you expand a little on the process this time around? I have an idea that there might be several versions of songs wafting around in a ‘rainy day’ box, is that the case? Did you go through many versions to get to the versions that ended up on the record?
We did. The song ‘Destroying to Save’, for instance, was originally written in 2007 or so. I have a demo version floating around somewhere that I’d home-recorded, with two guitar tracks, a bassline, and mumbled syllables in place of actual lyrics. My friend Rob Wilson and I collaborated on the lyrics, and the band learned the song, playing it out a few times in Europe around that time. There was something somewhat unsatisfying about the arrangement though, and the lyrics struck me as a bit heavy-handed, so it wasn’t until the current lineup of the band had gotten together that we tried it again, and Rob and I consequently got together for another marathon session in which we re-wrote the lyrics.

‘The White Bird’ is another example- there was an early version that was so mellow and folky, we had nicknamed it ‘Fairies and Elves’ as a working title. Throughout the course of our working on it and listening back to recordings from the practice space, we developed it into the more hard-hitting, fuzzed-out version it has become.

The idea of traveling seems present in this record, whether physically, or emotionally – have you had some quite spiritual experiences over the past few years that have somehow led up to this particular record?
Broadly, I would say yes, without enumerating any particular ones. It has to do with looking at the whole of life in what might be considered a spiritual manner, letting one’s self be guided by intuition, or what some might call “the small voice”. There’s a line in an older song of mine that seems pertinent here- “and so when taken in this way, there are no ordinary days” [‘Rites’]. This is true, for the ordinary is what happens when you shut yourself off from this kind of influence.

You seem to have changed up the band set up a little as well, especially in terms of percussion, opening things up, did that take quite some time and effort?– as even the most subtle change can have a profound difference.
It took time more than it did effort. When we got the new lineup together, we spent months just jamming without having any specific agendas. We would just improvise and record it. This allowed it to grow organically without needing to intellectualise the process, or even talk about it. It also allowed us to get comfortable with the way we played together so that we had more confidence in what we were doing. It was important for me at the time to let the process decide the direction, because after Song of the Pearl and the tours we did supporting that record, I really didn’t have an idea of where to take it anymore. I mean, we had some great shows and people loved what we were doing, but I was literally having a hard time sleeping at night, thinking “this isn’t working, the right balance isn’t there”. When we added Brian[Carey] and Matthew [Pierce] to the band, it seemed like the best thing to be done was to let go a bit on my end and allow for collective initiative to take over.

In some ways this record feels like a sea-change, your fourth Arbouretum record, does it feel that way to you?
Yes, but not because it was the fourth record, more because it’s this record, with the particular set of conditions leading up to its creation, the artifacts of which are audible.

Did you still keep it very much as you had in terms of lyrics, writing them mainly after the ‘song’ has been ‘written’?
Yes, the lyrics are pretty much always the last layer. I’d be up for trying it the other way around, but it would have to be someone else’s lyrics.

How has it been taking the new record out live? Has it impacted on the way you view and perform your older material? You must be so excited about your live shows, they genuinely transport.
It’s been excellent. Everything feels like a really solid whole now. There’s no conflict in the sound. Everyone is pushing in the same direction; we’re aware of the space we need to work within, and no one steps on each other’s toes. It’s all about creating a clear channel for expression. 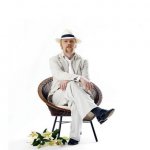