Ian Maleney caught up with an unwell Rory Friers of And So I Watch You From Afar who play at the Indiependence festival this weekend.

Ian Maleney caught up with an unwell Rory Friers of And So I Watch You From Afar who play at the Indiependence festival this weekend.

And So I Watch You From Afar have managed the rare modern feat of becoming a generally kick-ass, old school rock band that are adored world-wide, without ever seeming like they care about what’s cool or popular. As one of the hardest working bands around, the Belfast foursome have spent more days and nights on the road in the past five years that most of us ever will in a lifetime, with sold-out tours all over Europe as well as support slots with the likes of rock god super-group, Them Crooked Vultures, Clutch and 65daysofstatic taking them across the world and back. This incredible work ethic has paid off in a big way with the runaway success of their second full-length, Gangs, which came out earlier in April on the Richter Collective.

Now half way through yet another summer of festival dates, guitarist Rory Friers is feeling the strain a little as a throat infection makes him a little wary of their upcoming dates, including Indiependence this coming Sunday. “I’m on my antibiotics so I should be alright,” he explains over the phone. “We play in Germany on Friday and Indiependence on Sunday so hopefully the antibiotics will kick in soon enough. I’ll be alright, I’ve got lots of painkillers. It’ll be a good test of my stamina.”

Can the Indiependence crowd expect to hear the new songs on Sunday? “Well, because we’re kind of in the middle of festivals at the minute, our festival set is kind of fifty/fifty, new and old. I mean, when you go see a band at a festival you want to hear the songs you know so we didn’t want to just play the new stuff. It’s a good mix of both, we’re playing songs from last years EP too. It’s a good set at the minute.”

Has reaction been good to the new songs so far? “Yeah, we’ve been really happy. The more recent shows we’ve been playing, people have really known the new songs which is incredible because it was only a few months ago these were tunes that only a handful of people had heard. We were shitting ourselves about putting it out and wondering what everyone would think so it’s a great feeling to starting playing a brand new song and have people react in a familiar way. We played the Roisin Dubh in Galway last week and the new songs were going down just as well as the old ones, so it was amazing and a big relief!”

Those new songs found a home on record with Dublin’s Richter Collective, forging a new level of co-operation between two parties that have always seemed to be on the same page. “It’s been incredible. We’ve been best friends with those guys really since the very beginnings of the band and it’s great to put something out with people and with a label that you’re such huge fans of,” says Friers. “It’s been brilliant, it’s a similar feeling to when we put out our first album on Smalltown America, it was just like, people who you looked up to and people who, when you take And So I Watch You out of the equation, you’re genuine fans of. It’s really excited to be involved with, it’s a nice family to be a part of.” 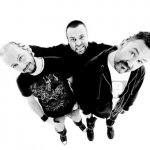 Previous
Therapy – You Need The Lows To Appreciate The Highs 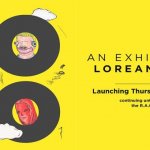 Next
SoLo – An Exhibition By Loreana Rushe