The Jim Jones Revue play Whelan’s on January 24th and we’ve a couple of tickets to give away.

It’s 4 short years since The Jim Jones Revue exploded into the nation’s consciousness with the release of their visceral, back-to-rock’n’roll-basics debut album, of which Mojo Magazine proclaimed, “If Little Richard had written this he’d still be boasting about it today!”
The band have since toured the world many times over, shared bills with The Stooges, Grinderman and Jack White, become rock ’n’ roll statesmen in France, sold out London’s Koko and made phenomenal live appearances on TV’s Later with Jools Holland and The Late Show with David Letterman. Their third studio album The Savage Heart is all set to secure their place in music’s rich rock heritage.Their most exhilarating work to date, The Savage Heart expands the sonic remit of The Jim Jones Revue way beyond their renowned brand of manic rock ’n’ roll to include exciting new musical territory in the form of tribal stomps, field hollers, a capella spirituals and even a doo-wop ballad.“We’re not going to keep making the same record over and over again,” says Jim. “That doesn’t interest us. We are interested though in keeping up the same high level of intensity.”Jim Jones has pedigree, having first honed his craft in Thee Hypnotics, who recorded four albums between 1989 and 1994, including their debut Live’r Than God on the Sub Pop label. After Black Moses, his garage rock trio, The Jim Jones Revue was born from a collaboration with guitarist Rupert Orton, who Jim met at the Not The Same Old Blues Crap club night Rupert has run since 2004. With a line-up completed by bassist Gavin Jay, drummer Nick Jones and keyboardist Elliott Mortimer – replaced in 2011 by Henri Herbert – the group found their feet immediately.“We wanted to capture the excitement we’d felt when we were younger and watching The Ramones, The Gun Club, The Birthday Party,” says Rupert. “We felt it was missing in so many new bands we were seeing at that time.”

Tickets are €15 from Ticketmaster, or you can just send an email to [email protected] with JIMJONESREVUETICKETSPLEASE as the subject by midnight on Sunday, 20th January to be in with a shot at winning a pair. Can’t say fairer than that now, can you? 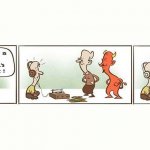 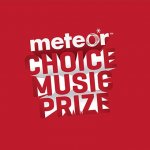