SertOne is an experimental producer from Portadown, Northern Ireland. Now based in Liverpool, the 22 year old put out his debut EP “The View From Above” on Belfast label Melted Music last February.

The release earned him rave reviews from the likes of Hot Press, AU Magazine, MTV and BBC Radio 1. Due to its success, the EP was reprinted with brand new artwork and re-released last month.

Not just known for creating his own material, the hip-hop / electronic beat-maker has kept fans entertained with his remix work. ” Versions” is a collection of official and bootleg remixes of artists ranging from the likes of MF Doom to Crystal Castles and was put out for free download.

His second remix tape and latest release “Widths” is also available for free download (or donate) from his bandcamp.

Currently on his third tour of Ireland, SertOne has quickly become an established name in the Irish music scene, sharing line ups with acts such as Not Squares, Moths, ASIWYFA, and Solar Bears. As he’s due to start working on his follow up EP, it’s essential you catch his live set this time around as it might be a while before he’s back again!

Simon Bird is a 21 year old independent, Dublin based producer (originally from England’s South West) In the past year Simon has self-produced & released a number of EP’s, displaying a broad mix of genre’s such as Hip-Hop, Ambient, Noise, Post Rock & Electronica.

Whilst the experimental nature of some of Bird’s music may polarise listeners, buried amongst the drones and static are moments of clarity and beauty that can be equally devastating and euphoric.

Dreaming of Eyes Carved From Quartz by SimonBird

Want to win some free tickets? Just email [email protected] by midnight on Thursday with SERTONETICKETSPLEASE as the subject line. Remember to include your thumped username & real name! 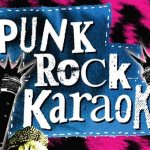 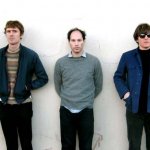 Next
Crystal Stilts – The Age Old Story Of Rock And Roll