Win a pair of tickets to Sea Pinks‘ BYOB ‘Freak Waves‘ LP launch at The Joinery next month with The #1s and Rhino Magic.

SEA PINKS
Two years on from the garage fuzz of debut Youth Is Wasted (Japanese Knotweed), and following on from last year’s jangle pop mini-odyssey Dead Seas (Fountain Tesserae, Peripheral Vision), Freak Waves, the third album from Sea Pinks, is the fullest realisation of their sound so far.

From pristine guitar pop (A Pattern Recognition, Shrinking Violet) to full-blooded, brooding rock (False Spring, Subliminal Messaging) to the epic closer of the title track and all points in between, this is the band at their most dynamic. And while the songs seem to dwell on disillusion, broken communication, and ambivalence in general; the bright, buoyant melodies therein perform the perfect counterweight. This is classic sounding, bittersweet pop at it’s effortless best.

Available in a limited edition of 250 12″ LPs, including 320 kbps MP3 download of all ten tracks (MP3s only available via CF!)

THE #1s
Formed in 2011 when Sean Goucher (Cheap Freaks, The Pacifics) and Eddie Kenrick (Crowd Control, Loose Nut, Bang Bros) met through mutual friends and an appreciation for late 70s melodic punk and powerpop one hit wonders. After knocking out a rough demo in Sean’s attic with his 13 year old brother on drums the band played some shows with fill-in members before settling on a line-up which saw Cian Nugent (“Cian Nugent”, Loose Nut) and Conor Lumsden (The Spungos) joining on bass and drums respectively. Conor, Cian and Eddie had been good friends for years and fitted the mould perfectly with all 4 members sharing a common affinity for The Undertones, Dublin, and the ongoing campaign for the legalization of jamming.

With this lineup the band have gigged heavily touring the club scenes of both North and South Dublin and have written a new set of power-pop influenced punk songs about girls and one about a boy.

If you’d like a chance to win a pair of tickets for this gig just send an email with the subject SEAPINKSTICKETSPLEASE to [email protected] by midnight on 31st October. 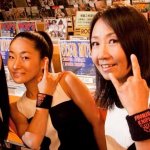 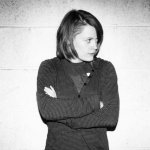