PiL are back in Dublin on Sunday 29th July & we’ve a couple of tickets for you to win.

Post-punk originators PUBLIC IMAGE LTD (PiL) return to Dublin this Summer on a run of UK dates, showcasing live some of their first new material for 20 years.
The seminal band founded by former Sex Pistols frontman JOHN LYDON, are set to release a new album “This Is PiL” in May, preceded by the EP “One Drop”, to be released on Record Store Day.
Widely regarded as one of the most innovative and influential bands of all time, PiL’s music and vision earned them 5 UK Top 20 Singles and 5 UK Top 20 Albums. With a shifting line-up and unique sound, John Lydon guided the band from their debut album ‘First Issue’ in 1978 through to 1992’s ‘That What Is Not’, before a 17 year hiatus. John then resurrected PiL in 2009 playing live worldwide.
Now after 20 years yet another new and unique chapter is set to unfold in the shape of new PiL material and live dates.
POD presents
PiL (Public Image Limited)
The Button Factory, Temple Bar
7:30pm, Sunday 29th July
Tickets are €29.50 / €33.50 seated from http://www.ticketmaster.ie and usual outlets

To enter the competition just send an email containing your name to [email protected] with PILTICKETSPLEASE as the subject by midnight on Wednesday 25th July. 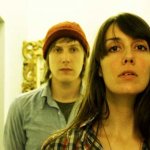 Previous
She Keeps Bees – A Welcome Breath Of Old Air 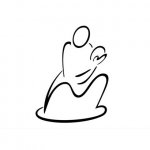