Win a pair of tickets to see Mmoths first ever live show, at The Button Factory this Friday.

Jack Colleran aka Mmoths debuts his full live show in what will also be his biggest headliner to date. It will be a unique chance to see Mmoths’ music arranged like never before and delivered accompanied by a live band and visual show.

After festival appearances at Forbidden Fruit, Castlepalooza and Electric Picnic over the summer, Mmoths has quietly been working on this brand new performance, along with new releases coming very soon! He has just released a track “Only You” online from the forthcoming Annie Mac’s presents compilation.

Support on the night comes from one of the breakthrough Irish acts of 2012 Young Wonder and UK producers Regal Safari.

If you want to be in with a chance of winning a pair of tickets just send an email with MMOTHSTICKETSPLEASE as its subject to [email protected] by midnight on Wednesday 24th October.

Also appearing at the Static Weekender this weekend are: 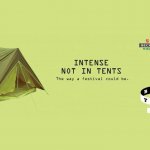 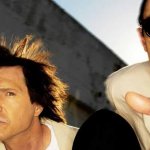