Honningbarna return to Whelan’s this Friday for a gig with The ObjectorZ & we’ve a couple of tickets for you to win.

Norway’s Honningbarna are a once-in-a-generation band who still at a tender age have hit the ground and almost broken the land speed record. They made their Irish debut in April and nearly lifted the roof off to an audience utterly rapt by their astonishing energy and visceral punk rock fury and will no doubt come to be regarded as a legendary show in the history of the venue.

In Edward Valberg they have a front man whose wirey theatrics resembles a happier Ian Curtis and who controls the stage like a man who has been doing this all of his life. The young Norwegians have got all of Europe salivating at their high intensity and all-consuming live shows and having taken Eurosonic by storm and captured the imagination of every critic who has crossed their path, Honningbarna (Honey children) are now set to take on the rest of Europe as they set out to export their ferocious musical insurrection across the continent. DO NOT MISS THIS SHOW.

If you’d rather win a couple of tickets just send an email containing your name to [email protected] with HONNINGBARNATICKETSPLEASE by midday on Friday, June 8th. 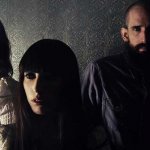 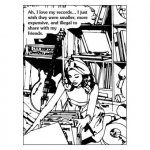