Win tickets to see Fuck Buttons who play The Button Factory on Saturday with The Haxan Cloak & Forrests.

Four years on since they dropped 2009’s blistering Tarot Sport, Fuck Buttons’ Benjamin John Power and Andrew Hung are back with their third LP Slow Focus.
When Hung and Power get together a unique chemistry emerges and nothing else is allowed to interfere. As Power puts it: “The one fundamental rule remains: we are in the same room when we write. The rest is all fair game.” Fuck Buttons have never really stopped writing together in the time between albums. “The actual writing for Slow Focus began fairly soon after we stopped touring,” says Hung, with Power adding “If we’ve had any time off, it’s been a few months, so though both albums might seem like two isolated events to everyone else, it doesn’t seem as much so to us. They’re more like snapshots of an ever evolving mess.”
Fuck Buttons latest opus is the first record they’ve produced themselves; it’s an album that attempts insular resonance. Using repetition to create hypnotic and suggestive states, Slow Focus veers ever more wildly between these parameters; a whole mood-shift taking place to darker, more turbulent evocations – something suggested as much in the album’s title.

Tickets are €20 from http://www.tickets.ie but if you’d like a chance to win a pair just send an email to [email protected] with FUCKBUTTONSTICKETSPLEASE as its subject by midday on Friday 13th. 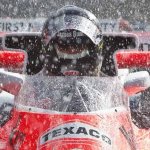 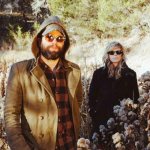