Things I should have known before now... (1 Viewer)

Poor old Roger Whittaker lived in Galway and went broke when the the economy went tits up. He had to sell off all his instruments and is now living in France.

Thompson Twins used to roll up to my local shop

dudley said:
Thompson Twins used to roll up to my local shop
Click to expand...

Did you ask them where Tintin was?

There are 42 beaver pelts in a traditional stetson.

therealjohnny said:
The place was awash with rock musicians. One friend got a job minding Marianne Fairhful's dogs.
Click to expand...

I used to serve her tea one or twice a week. She was grand.

That, The Sun, is an actual paper and not an Onion/Waterford Whispers type of thing.

'OK' originated during a fad in the early 1800s by young folk to create their own argot, by deliberately misspelling and then acronymising terms.
e.g. 'KC' was 'knuff ced', 'OW' was 'oll wright' and 'OK' was 'oll korrect'.

not much changes, eh?

anyway, OK stuck because the telegraph machine was invented soon after and it became the default 'message received' response/


Like. I'm dyslexic, and not that great at English in general. But lads.
M

i am basing the above on having watched this:

when robert altman was making MASH, he had the music for 'suicide is painless', and he knew he wanted that song title. but he wanted the lyrics to be really shit, so he decided to try writing them himself. he decided he wasn't able to dumb himself down enough, so gave the job to his 14 year old son to do.

in later years, he claimed that his son had earned far more off the royaties to the song, than he had from having made MASH.

There's a "C" in the middle of the rose 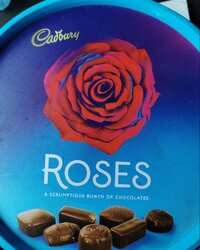 therealjohnny said:
There's a "C" in the middle of the rose
Click to expand...

Did you have a Keyser Soze moment as you stared vacantly at the box?

Not sure which thread to put this in, I picked this one. Their tunes were always around, but I've never listened to a full album.
S

Also. I can't believe none of you guys saw that Cadbury's C in the rose before. 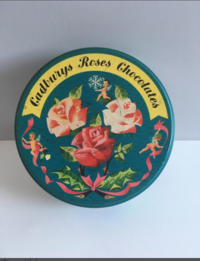