Overview:
Reign in Blood is the third studio album and the major label debut by the American thrash metal band Slayer. It was released on 7 October 1986 through Def Jam Recordings. The album was the band's first collaboration with record producer Rick Rubin, whose input helped the band's sound evolve. Reign in Blood was universally well received by both critics and fans, and was responsible for bringing Slayer to the attention of a mainstream metal audience. Kerrang! magazine described the record as "the heaviest album of all". Alongside Anthrax's Among the Living, Megadeth's Peace Sells... but Who's Buying? and Metallica's Master of Puppets, Reign in Blood helped define the sound of the emerging US thrash metal scene in the 1980s, and has remained influential subsequently.
Reign in Blood's release was delayed because of concerns regarding its graphic artwork and lyrical subject matter. The opening track, "Angel of Death", which refers to Josef Mengele and describes acts, such as human experimentation, that Mengele committed at the Auschwitz concentration camp, provoked allegations of Nazism. However, the band stated numerous times they do not condone Nazism, and are merely interested in the subject. The album was Slayer's first to enter the Billboard 200; the release peaked at number 94, and was certified Gold on 20 November 1992. 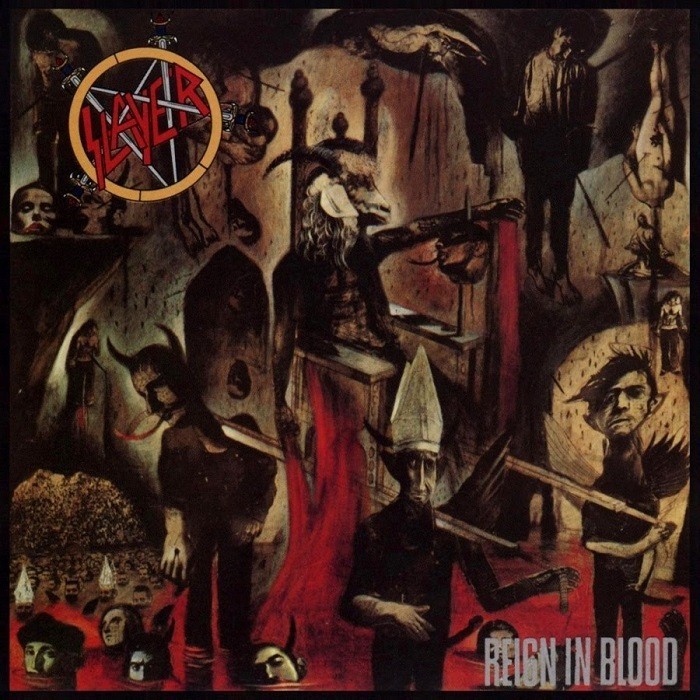 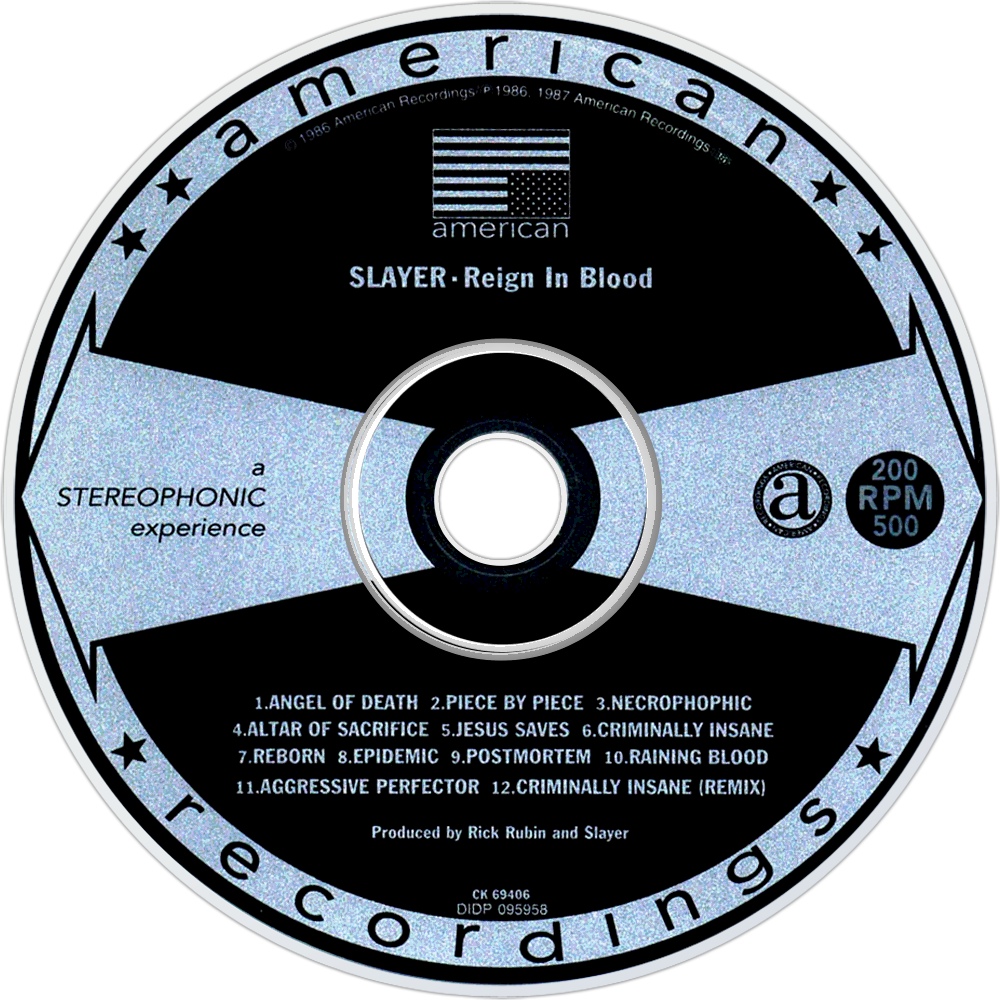 I didn't even vote for this one but YAS!

Is there a way to see how everyone votes?

Oh wait, this is just a dummy post, isn't it? Boo.

Ah well, any excuse to listen to Reign In Blood...

Every new thing should start with Reign in Blood

Thumped Album Club is the greatest!

MacDara said:
Oh wait, this is just a dummy post, isn't it? Boo.

Ah well, any excuse to listen to Reign In Blood...
Click to expand...

yes just setting up the bits and pieces
G

There's only 10 songs on Reign In Blood.

Well, it's not as good as any of my suggestions but I'm on my 3 listen since yesterday afternoon and quite enjoying it. I listened to it once before, about 10 years ago, and didn't like it at all so that's good. I'm not sure what else to say about it - good riffing...

In Postmortem he pronounces the 't' at the end of tourniquet - I don't think he should do that.
Last edited: Jan 10, 2016

Oh..I didnt know we were starting with this lp already..I thought this was a test thread or something

Yeah, but since it's here we might as well go with it

Listend to it all the way through earlier for the first time in a while. It's 28 minutes of awesomeness. Some many high points like the double bass solo in Angle of death or Alter of Sacrifice running into Jesus Saves.

Well,if we're going with this bad boy I'll give it a few spins.

I'm gonna give each lp at least two plays..one on speakers and one on cans.No reading or other distracting shit.100% focus.

GO said:
Oh..I didnt know we were starting with this lp already..I thought this was a test thread or something
Click to expand...

Great lp to start off with either way..a classic!

Shaney? said:
In Postmortem he pronounces the 't' at the end of tourniquet - I don't think he should do that.
Click to expand...

That's Americans for you.

Location
Dancing on the Ceiling

Wouldn't be a fan of Slayer or Metal.

But I and going to give it a few listens 3 or 4 instead of writing it off and give it a fair go.

But half way through my first listen and I am knackered, 3 and a half listens to go

"Oh man, not cool.
Hippie 3: [covers his ears and walks off] This music is so angry."
Music information in first post provided by The AudioDB