Anyone heard about this? What think ye? 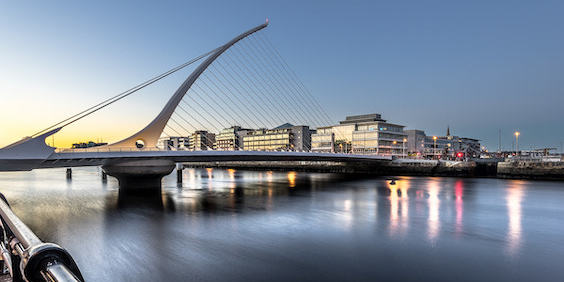 Catherine Martin, Ireland’s minister of tourism, culture, arts, Gaeltacht, sport and media, on January 6 initiated an online consultation aimed at soliciting opinions regarding the creation of a basic income plan for a number of the country’s artists. The scheme, which Martin described as a...

I’d like to see the socio-economic profile of those involved in “the arts” for the purposes of this non-means tested scheme.

I'm told to be eligible you have to prove that you made 20,000 from your art the year before.

It narrows the field a bit I would say.

So basically, fuck off artists unless you don't really need it
T

this is the kind of scheme that has to be done badly first in order to figure out how to do it well. assuming good faith on the government side, and assuming a willingness to allow it to run mostly open-ended, I can imagine that it could have some coherence and sustainability a few years down the line.

but it will probably begin with ridiculous stories of well-to-do painters picking up their free cheques. all very easy to mock. especially from the populist perspective that will just be posh dole for people with connections. and that perspective will most likely even be partly true! but the populist/reactionary/cormcolash perspective is boring, lazy, and ungenerous. this whole thing is a collision of neoliberal managerialism and utopia, so of course it’s going to be a mess, especially at the beginning.

but realistically, you would probably need to do this for, say, a thousand artists for a decade before you could really say whether or not it ‘works’. that’d be around 20 million euros over ten years. are we the kind of society that would tolerate that kind of experiment? I’d like to hope we are, even if it doesn’t work.

I remember talking to a taxi driver from akmolinsk while I was schlepping gear to a gig. he was telling me about how, back in the 80s, he was a working musician, and he more-or-less had a basic income deal from the soviet authorities. free transport, free accommodation, monthly wage, etc. — so we’re just catching up to even thinking about how things were in kazakhstan 40 years ago.

Universal Basic Services for all it is then, right?

taubstumm said:
but it will probably begin with ridiculous stories of well-to-do painters picking up their free cheques. all very easy to mock.
Click to expand...

At first glance I thought you meant painters/decorators, but naturally you mean people like ... well, actually I don't know any well-to-do contemporary Irish artists. I wonder are there many?

My brother went to art college and does some painting and sells a few paintings for between 2 and 4 grand each a year. Gallery takes around half, and he spends the guts of 10 grand a year on art materials. Does a bit better out of his art than me pissing away money year after year on music, but not much. He's a teacher and doesn't need the basic income, but I can imagine if he didn't have a job and did get it people would look at him and go "he sells paintings for 4 grand, why is he getting money from our taxes?"

But yeah. If the govt is in this for the long haul, and are willing to keep tweaking until they get it right, then I'm all for it ...

(... though having said that I'd be very surprised if they had some measure of what "right" even means)

We're inevitably going to have people ringing up Joe Duffy to complain "that so-called art is nothing but pornography" or "my daughter could do better", "my taxes.." "get a real job" and so on

Isn't that what they used to call the dole?
M

what's the rationale behind the 20k threshold?
i.e. if we set it too low, too many people will claim it and it'd be ruinously expensive to audit that?
an anti-dabbler setting in the config, if you will?

magicbastarder said:
what's the rationale behind the 20k threshold?
i.e. if we set it too low, too many people will claim it and it'd be ruinously expensive to audit that?
an anti-dabbler setting in the config, if you will?
Click to expand...

Probably to establish bona fides that the person is a "proper" artist and not some chancer.

Personally I think the threshold should be about 95% of whatever it was that my girlfriend made from selling paintings last year.

Unicron said:
Isn't that what they used to call the dole?
Click to expand...

Yep. And social housing. Was the dole always something that was constantly threatened to be cut off or is that a post Thatcher thing?

There's also the issue of doing a job for money, as opposed to identifying with your company personally and pretending marketing is your "passion" (and never clocking off as you carry Slack/emails around on your phone 24 hours a day)

Can’t be claiming a payment to support your hobby.

Will it be back dated? Can I have some?
N

said this before but if I was in charge of arts budget:

- open many rehearsal rooms, cultural spaces and run them along lines of youth clubs making them widely accessable to masses.
also -
a radical sorting out the property market is essential to having a flourishing music or culture scene.
whatever happens it won't make any difference if you can't afford somewhere to practice/create or
at the moment even somewhere to live.
S

egg_ said:
My brother went to art college and does some painting and sells a few paintings for between 2 and 4 grand each a year. Gallery takes around half, and he spends the guts of 10 grand a year on art materials.
Click to expand...

I'm not an artist in any sense, but seeing as I'm currently in the process of doing my tax return, this jumped out at me.

There's a big difference between people who make 20k gross and 20k net. Artists as accountants? Not sure that'll work. That's a small wrinkle at this stage of the game. Personally I'm all for the idea, in principle.

I can't find anything about the made-20k-last-year thing online @therealjohnny Where'd you hear it? Are you sure you have it right?

egg_ said:
I can't find anything about the made-20k-last-year thing online @therealjohnny Where'd you hear it? Are you sure you have it right?
Click to expand...

An artist friend told me

Hmmm ... still can't find any reference to it anywhere
T

as a thought-experiment approach to this, it would be interesting if a certain chunk of the supported artists — say, 15% — would have to be people who have never previously received any arts council funding, or any similar support. that a corner of it is purely for total weirdos who aren’t in any way part of the official-funding universe.

(no idea how you would then coherently define this group in order to make the process of applying itself coherent... but then that’s the bureaucrat’s job, not mine.)
New posts